Hints of the Past 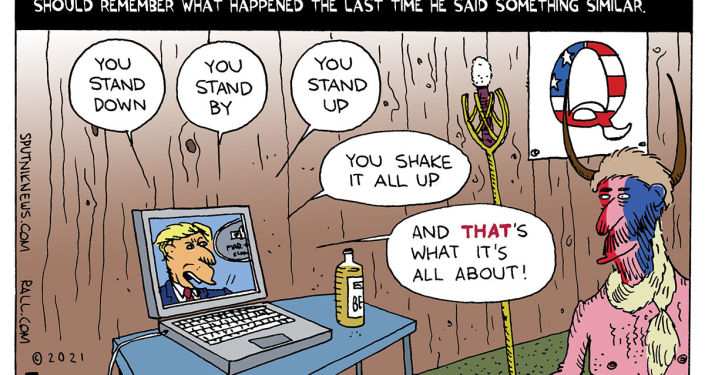 Federal law enforcement officials in Washington, DC, have remained on high alert after newly-obtained intelligence recently indicated that an “unidentified militia group” of extremists were planning to “breach the Capitol” on March 4.

March 4 is seen by some followers of the QAnon conspiracy theory movement as the day that Trump will reclaim the White House, since that date previously marked the day American presidents were inaugurated. However, the former Inauguration Day was later changed with the ratification of the 20th Amendment.

With the threat in mind, some members of the Republican Party have taken the opportunity to call on Trump to take a more active role to prevent a second January 6 from unfolding.

Rep. Michael McCaul (R-TX) stressed to CNN’s Jake Tapper that Trump “has a responsibility to tell them to stand down,” seemingly forgetting what happened the last time the former president made those exact same remarks.

The March 4 intelligence itself came as Jill Sanborn, the FBI’s assistant director of the counterterrorism division, informed lawmakers on Wednesday that racially-motivated extremists and anti-government extremists would likely be a threat to the US through 2022.