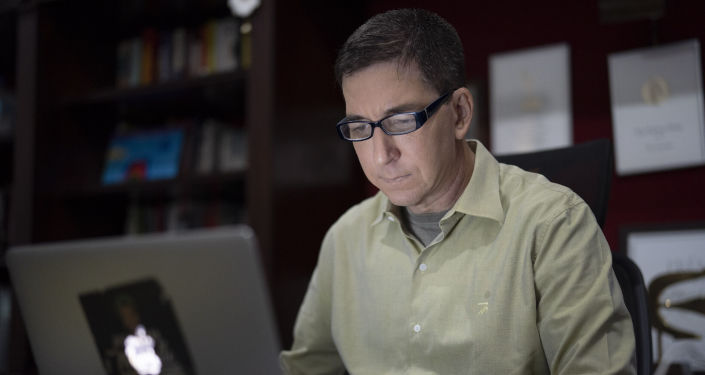 A clickbait Tweet promoting an interview by the conservative outlet Daily Caller seems to have worked, but in a wrong way on Thursday, as it attracted much hate from liberals on the platform.

Daily Caller made a minimalist post with a short quote from its interview with journalist Glenn Greenwald. “I consider Tucker Carlson to be a socialist,” the quote said.

The Tweet caused quite a stir, with people calling Greenwald “a shill” and a “nazi” apologist.

​The critics missed the fact that Greenwald was actually explaining right-wing populism being a form of socialism.

Greenwald called out the Fox News host, noting that at one time Carlson sided with democratic socialist Alexandria Ocasio-Cortez (D-New York) on the issue of opposing tax breaks for Amazon.

“I think the vision is, you know, you have this kind of right-wing populism, which really is socialism, that says we should close our borders, not allow unconstrained immigration, and then take better care of our own working class people, and not allow this kind of transnational, global, corporatist elite to take everything for themselves under the guise of neoliberalism,” the journalist said.

Greenwald later took to Twitter to respond to criticism saying that the accusers did not bother to listen to the interview or anything he’s written on the subject, but responded to the “six-word snippet”.

​Glenn Greenwald is one of three co-founding editors of The Intercept. He announced his departure from the outlet last year, saying that his “contractual right of editorial freedom” were violated by editors who demanded he removes article contents critical of then-Democratic presidential nominee Joe Biden.

LG Says It Is Quitting Smartphone Business, Switching Focus to Other Areas

India Will Harm Its ‘Strategic Interests’ by Backing Quad Allies on Myanmar Coup: Ex-Envoy to Yangon