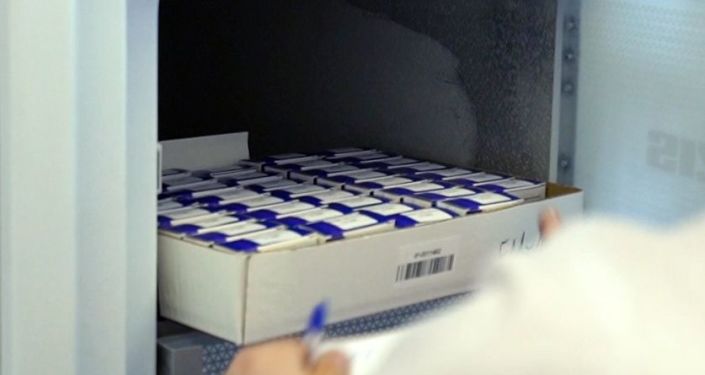 When asked about the outcome of the EU choosing the two vaccines, Beaune said: “I think it would be quite serious”.

The news comes after Slovakia, Hungary and Czech Republic approved or launched approval processes for the Russian and Chinese jabs amid Pfizer-BioNTech and Oxford-AstraZeneca vaccine delays across the bloc.

The European Medical Agency is currently reviewing the Sputnik V vaccine for approval.

The news comes amid a statement from Russia Direct Investment Fund (RDIF) chief executive Kirill Dmitriev, who said Russia could supply its vaccines to 50m EU residents from June after EMA approval, adding the jabs would be tested for compliance with EU efficacy standards.

Mr Dmitriev also added in separate comments numerous European countries had picked Sputnik V amid the EU shortages, stating it could help citizens “feel safe and protected” as well as end the pandemic “as soon as possible”.

Several Norwegian municipalities also blasted the shortages across the European bloc, with Pål Gabrielsen telling national radio in early March vaccine rollout delays could have been “avoided” with access to Sputnik V doses.

“This is a situation that should have been avoided by us contacting Russia and pushing for us to have access to the Sputnik V vaccine,” he said at the time.

He also slammed Western criticisms in January and stressed Russia’s vaccine rollout approach was “focused on partnership”, namely as new COVID-19 strains had worsened the pandemic “ten times” after their emergence.

He added that such nations should avoid a “zero sum” game in the fight against COVID-19 and that China did not have geopolitical interest in its vaccine rollout.

To date, 44 countries have approved use of the vaccine, including Laos, Mexico, Armenia, Argentina, Chile, and many others.