Britons Got Used to Buying Clothes Online But ‘Will Go Crazy’ When Shops Reopen, Says Entrepreneur 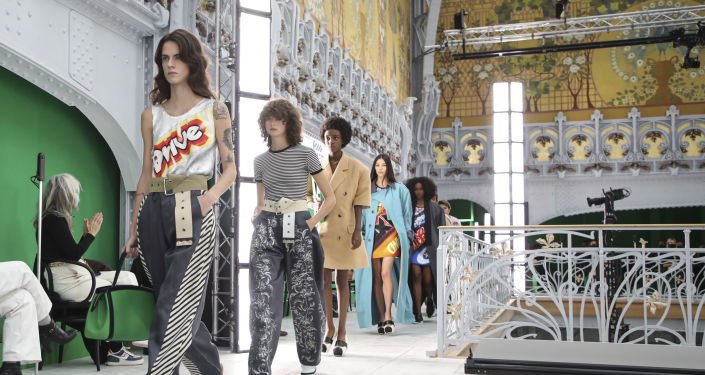 Online clothes retailers have taken advantage of the pandemic to steamroller their High Street adversaries, who were already struggling.

In September Boohoo announced their pre-tax profits between February and August had gone up 51 percent year-on-year to £68.1 million and they are expected to announce even bigger profits next month.

​But Primark, which does not sell online, said last month it had lost £1.1 billion in sales because of lockdown restrictions and closures and said it planned to sell £400 million of unsold stock from last year in 2021.

Danae Varangis, a fashion entrepreneur, said: “There has been a huge rise in demand for online sales during the pandemic. People are spending so much time at home and are working on their wardrobes.”

Ms Varangis, who owns a fashion app called DV Closet, said: “Service-based fashion has seen a rise. Loungewear sales have gone up too. But obviously there has been a big drop in luxury clothes and clothes to wear out.”

But most of the big retail chains have rapidly switched from face-to-face sales to an online offer.

Ms Varangis, who is based in Greece, said: “Everyone is trying to transition to this new norm. They are trying to appeal to consumers. The luxury end of the market is now offering designer loungewear, and you’ve seen that with Philipp Plein, Balenciaga and Sweaty Betty offering leggings and tracksuits for people who are stuck at home.”

She said: “People who can afford it want luxury clothes but you can’t wear a gown to stay at home, so people are switching to designer loungewear. Balenciaga are selling a tracksuit for £600.”

The pandemic also affected the twice-a-year fashion shows at which the big designers show off their new designs. Brands like Versace and Gucci switched to virtual catwalks, with models parading for an online crowd.

​Clothes shops in England have been told by the government they can reopen on 12 April and Ms Varangis said there could be a stampede of shoppers.

“It’s going to get crazy and chaotic,” she said.

Ms Varangis said: “Most people prefer bricks-and-mortar stores for buying clothes. You can feel it, sense it, try it on. For teenagers and people in their 20s shopping is a social thing. They are going with their friends and they see it as a bit of fun.”

​But although the COVID-19 vaccines are being rolled out across Britain and the rate of infection has slowed, some customers may still be reluctant to go to crowded shopping centres.

Ms Varangis said: “People will be a bit wary of going to the shops. It depends what the rules are going to be and what the advice is from government and the shops. If someone doesn’t wear a mask or wash their hands you could pick up COVID from them.”

A study published last month by the British Retail Consortium said non-food retailers lost £22 billion as a result of the various lockdowns.

Ms Varangis said the dominance of online retailers like Boohoo and ASOS was also changing the way fashion was produced.

In the past big department stores and High Street retailers would buy designs from independent designers but now they are increasingly designing clothes in-house or buying their products from China, Vietnam or Bangladesh.