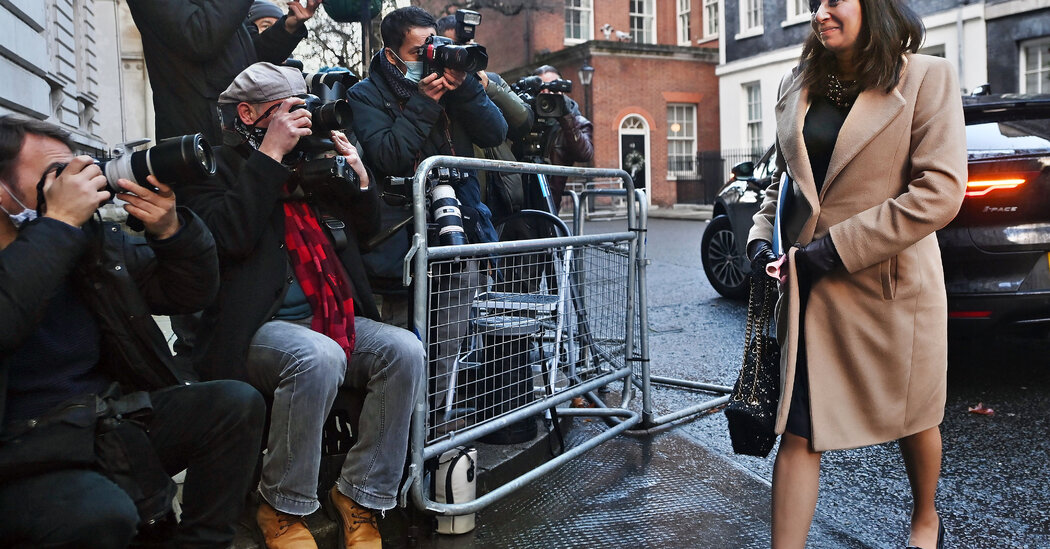 Measures that grant workers paid time off when they become parents have not always benefited the lawmakers who have created the rules.

In Britain this week, Parliament updated the law so that senior government officials could take paid maternity leave without needing to resign their posts.

Only a few countries, including the United States, do not mandate paid parental leave at the national level.

Here is a look at how politicians around the world have navigated parenthood.

On Tuesday, Britain’s attorney general, Suella Braverman, became the country’s first cabinet official to take paid maternity leave without stepping down from her post, after Parliament changed a law that would have required her to do so.

Under the new Ministerial and Other Maternity Allowances Act, one of Ms. Braverman’s colleagues will temporarily fill her role during the six months that she is on leave.

“I may be the first, but I won’t be the last,” Ms. Braverman said on Twitter.

Although some welcomed the change as long overdue, critics said the measure was rushed through to benefit Ms. Braverman and objected to the fact that the new rules did not apply to all members of Parliament, who are paid their full salary while on leave but who are not guaranteed to have a replacement.

While Britain’s new law makes provisions for six months’ paid maternity leave, it does not offer similar benefits for new fathers in the cabinet, beyond the country’s statutory two weeks’ paternity leave. Of the 26 ministers who attend Prime Minister Boris Johnson’s cabinet meetings, 21 are men.

Even in countries that guarantee a long paternity leave, men do not always take it.

Last year, Japan’s environment minister, Shinjiro Koizumi, was praised for setting a strong example for the country’s famously workaholic fathers when he announced that he would take time off to care for his newborn child.

Still, he said he planned to take only two weeks of paternity leave spread over three months, despite being entitled to up to a year, like all new fathers in Japan.

Even when maternity leave is there, some don’t take it.

Female lawmakers who choose not to take full advantage of paid maternity leave could be motivated by the same fear of discrimination that many new or expectant mothers in the workplace face, said Sarah Childs, a professor of gender and politics at Royal Holloway, University of London.

She said women in politics worry they could face criticism if they disappear from Parliament for long periods, even if they continue to work on constituency matters.

In France in 2009, Rachida Dati, the justice minister at the time, made headlines when she returned to her post within a week of her daughter’s birth, despite being guaranteed 10 weeks off under French law.

Benazir Bhutto became the first elected head of government to give birth while in office when she was the prime minister of Pakistan in 1990, and later reportedly wrote, “The next day I was back on the job, reading government papers and signing government files.”

Are other countries updating their laws?

There are countries leading the way in encouraging lawmakers to take parental leave and making accessible policies to allow them to do so.

Prime Minister Jacinda Ardern of New Zealand took six weeks of leave after the birth of her daughter in 2018, passing her duties to her deputy.

In a bid to make its Parliament more inclusive, Canada overhauled its parental leave policy for lawmakers in 2019. At the time, lawmakers were penalized for long absences not involving illness or official business. They were also not entitled to parental leave because they did not pay into employment insurance and had to rely on their party to work out a leave arrangement on a case-by-case basis.

Now, Canadian lawmakers — regardless of their gender — can take up to a year of paid parental leave to care for a newborn or newly adopted child.

The United States and Ireland are among the countries without formalized policies of parental leave for elected officials at the national level, leaving lawmakers to make ad hoc arrangements for paid time off within their party.

“It goes back to a historical legacy of institutions not really having to face up to this issue until quite recently and then being reluctant to address it because they consider that the informal approach is more than adequate,” said Professor Childs of Royal Holloway, University of London.

In 2018, when Tammy Duckworth, Democrat of Illinois, became the first U.S. senator to give birth while in office, she told The Guardian that the lack of formalized parental leave made her feel like the Senate “is actually in the 19th century as opposed to the 21st somehow.”

While Ms. Duckworth took 12 weeks’ parental leave (and brought her infant daughter onto the Senate floor), she said it was a “reflection of a real need for more women in leadership across our country.”

In Ireland, the minister for justice, Helen McEntee, is set to become the country’s first senior cabinet minister to give birth while in office.

But unlike Britain, Ireland does not have a maternity leave policy for lawmakers.

“The fact that there is no provision there in this day and age, really it’s simply not acceptable,” Ms. McEntee said in an interview in January.

A ‘System of Espionage’ Reigned at Ikea, a French Prosecutor Charges