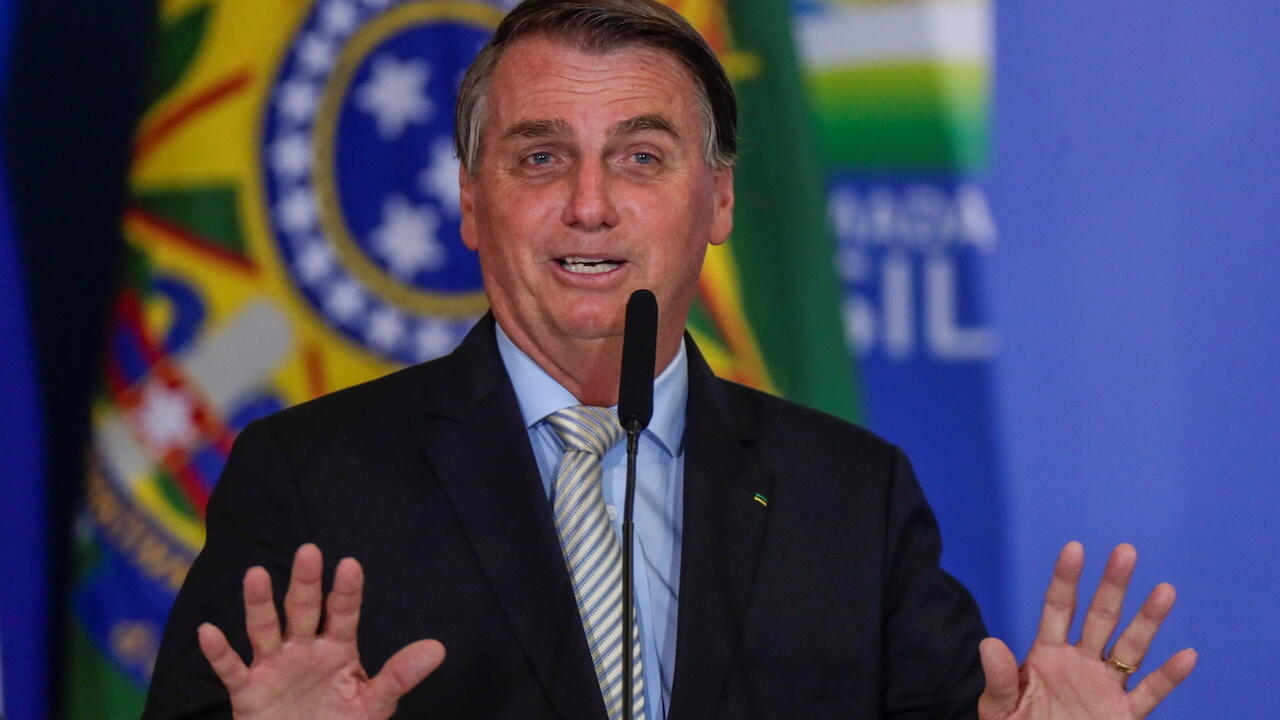 After two straight days of record COVID-19 deaths in Brazil, President Jair Bolsonaro on Thursday told Brazilians to stop “whining” and move on, in his latest remarks attacking distancing measures and downplaying the gravity of the pandemic.

Brazil has the world’s second-highest death toll over the past year, after the United States. While the U.S. outbreak is ebbing, Brazil is facing its worst phase of the epidemic yet, pushing its hospital system to the brink of collapse.

The Health Ministry registered 75,102 additional cases of coronavirus on Thursday, the most in a single day since July and the second-highest on record. Brazil also recorded 1,699 deaths, decreasing slightly from the previous two days of record deaths.

The federal government has been slow to purchase and distribute vaccines, with less than 3.5% of the population having gotten one shot.

The government is working to obtain additional vaccines from more suppliers. The Health Ministry is negotiating to buy 2 million additional Pfizer doses by May, 16.9 million Janssen doses by September and 63 million doses of the Moderna vaccine by January 2020, according to documents reviewed by Reuters on Thursday.

Particularly worrying to health authorities is the emergence of a new coronavirus variant from the Amazon region that appears more contagious and more able to reinfect those who have already had COVID-19.

Government-affiliated medical institute Fiocruz said that it has detected the Amazon, United Kingdom and South African variants spreading in various places across the country.

“We are experiencing the worst outlook for the pandemic since it started,” said Gonzalo Vecina Neto, a medical doctor and former head of Brazilian health regulator Anvisa.

“Mutations are the result of the increased reproduction of the virus. The greater the number of viruses, the faster the transmission, the more mutations we have,” he said.

State governors and doctors have complained that the federal government has mismanaged the coronavirus crisis, as Bolsonaro has downplayed its severity and opposed lockdowns.

The Senate voted on Thursday to renew the aid program at a smaller scale, handing out 250 reais per month for four months, at a cost of up to 44 billion reais. The proposal must still be approved by Brazil’s lower house of Congress.

US, EU impose sanctions on Russia over poisoning of Alexei Navalny

France ‘to start easing Covid-19 travel restrictions in May’

‘Fed up’ and frustrated, Lebanese protesters attempt to storm the Economy Ministry