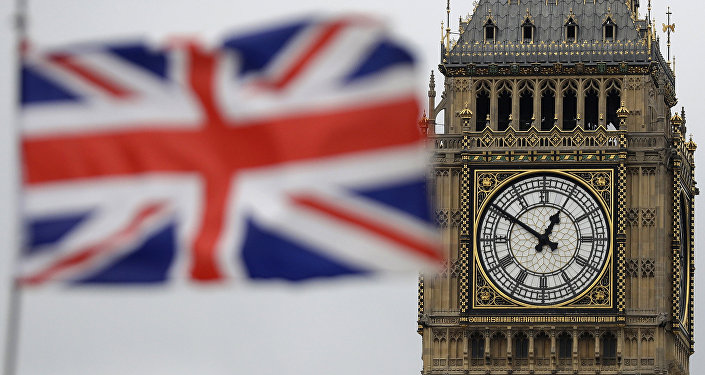 Iain Begg, professor at the European Institute of the London School of Economics and Political Science, has commented on the issue of the UK 2021 Budget, as well as the freeze on income tax thresholds and the UK economy.

Sputnik: UK Chancellor Rishi Sunak has unveiled the 2021 Budget, announcing a freeze on income tax thresholds and a hike in corporation taxes. How will this help pay back the UK’s rising debts?

Iain Begg: What is announced by freezing the income tax threshold will mean that as incomes rise, which you would expect under normal circumstances, people will enter the tax threshold more rapidly.

And as their income rise, they will pay more towards income tax. He’s said he’s going to freeze it until 2026, which means that step by step, somebody gets a one percent pay rise each year. That will be more and more going into the tax brackets.

It will mean those who don’t pay any tax will enter tax and those who are paying the lower rate and tax. Some of them will move up to the higher rate of tax. So it increases the tax load every year because of this decision to go over a five year period for a corporation tax. What he said is that it will start in 2023. So it’s announcing a tax now which will contribute to the UK’s public revenue only from 2023 onwards.

Sputnik: Sunak told MPs he “will do whatever it takes” to help the UK economy recover and presented a three-part plan to “protect jobs and livelihoods of the British people” Has his strategy been effective so far? What’s your take on his roadmap?

Iain Begg: Well, it’s a strategy which started nearly a year ago when the first indications of Covid-19 spreading rapidly became clear.

A particular success has been his furlough scheme, through which he subsidises the wages of people who are pushed out of work because of lockdown. That means two things: that these people stay connected to the labour force and that the companies which employ them can afford to keep them as employees until the lockdown is suspended.

I think most analysts regard this as a successful policy, and it’s one which you see in other European countries, such as in Germany, where it’s called Cortazar Bite, or in France, where there’s a very similar scheme. These are protective measures. They are about keeping the economy from sinking too much. But the other element of this strategy is going to be trying to unwind these emergency measures still continue to have some form of fiscal stimulus, which is, I think, explains why he’s not having the tax increases, really having much effect for the next two years, but keeping fiscal policy as a positive element in sustaining economic demand and prosperity at home.

Sputnik: The chancellor decided to extend the furlough scheme that secured financial support for British workers as he forecast a “swifter” recovery from the pandemic. What needs to be done for the private sector to recover from the lockdown-related financial loss?

Iain Begg: Financials, financial loss right before the furlough protects and so do some of the loans made to companies which enable them to avoid being pressed by the banks to repay loans during the next stage.

It’s probable that as lockdown eases, private sector spending will start to increase.

I as a consumer have barely been able to spend over the last year unless it’s online. And I’m an example of many other sorts of consumers who say we’re waiting to spend money. We want to go out to the restaurants, we want to go to the pubs, we want to go on holiday. And as soon as lockdown ends, this large surge in consumer spending will be one way in which the private sector starts to recover. The fact that the tax increases are deferred also contributes to that, because it means that either in companies or the employees, a tax in the next year is not going to be increasing very much. So it’s a stage-by-stage approach to getting the private sector to recover.