With a Dream to Win in India’s Poll-Bound Kerala, BJP Seeks to Woo Christian Voters 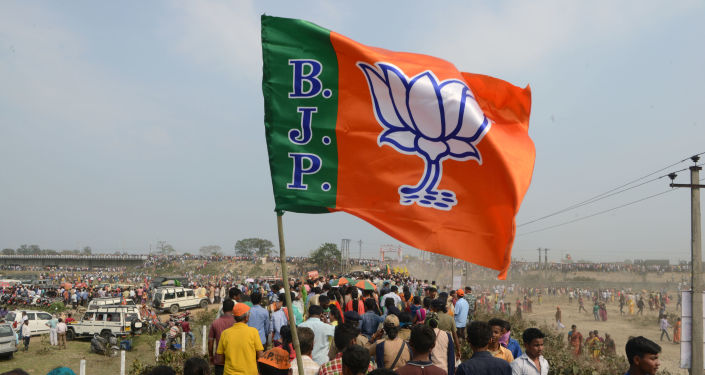 As India’s federally ruling Bharatiya Janata Party (BJP) tries to win the southern state of Kerala, it seems to be developing cordial relations with people from the Christian community.

But talking to Sputnik on Thursday, a BJP leader admitted that the party does in fact intend to strengthen its relations with the Christian community in the region.

“We [BJP] are keen to gain the confidence of the Christian community in Kerala. We will address their concerns. We will both field members of the community in the elections and get their votes,” said BJP leader Ashwath Narayan.

Why is the BJP Targeting Christian Voters Over Muslims?

The BJP faces a peculiar situation in Kerala, where over 40 percent of the state’s population consists of religious minorities.

They need to woo either one of the two largest minority groups – Muslims and Christians – to win the elections.

The BJP finds it difficult to win Muslim support following country-wide protests by the Muslim community in 2019 over the Citizens Amendment Act (CAA), which has allowed non-Muslim nationals from Afghanistan, Pakistan, and Bangladesh to gain Indian nationality.

Muslims view it as a discriminatory law against their community along with a proposed National Register for Citizens (NRC).

The BJP-led federal government has clarified that the CAA doesn’t affect any existing national of India, including Muslims.

As for Christians, over the past two years, many Christian families and churches have raised the issue of so-called “love-jihad,” a concept which involves Muslim men wooing Christian and Hindu girls deceptively for “marriage’ and converting them to Islam. The BJP, too, strongly objects to love-jihad, not just in Kerala but other states as well.

Sharing the history of the Christians with the BJP, Iyer said that during the late BJP leader and Prime Minister Atal Bihari Vajpayee’s government from 1998-2004, lots of educational institutes were opened in the state, which was appreciated by the community.”

Iyer further said that the Christian community is quite happy with a few of Narendra Modi’s policies.

“Building the inroads with the community will be a challenge for the saffron party, but not impossible,” he added. In January, PM Modi had also met the cardinals of the Catholic Church at his office in New Delhi.

The Kerala State assembly elections are scheduled to take place on 6 April.

US to Resume Processing MPP Asylum-Seekers on February 19