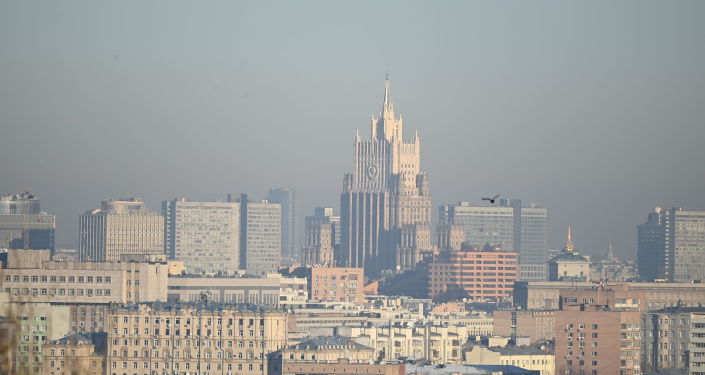 West is turning a blind eye to its own domestic problems but has launched a large-scale campaign to support Russian non-systemic opposition, the Russian Foreign Affairs Ministry’s Spokeswoman said Maria Zakharova.

“Unfortunately, many EU nations fake adherence to principles regarding so many issues: relations with Russia, inability, and impossibility to protect principles under the pressure of the [United] States, the human rights problematics. They use a whole arsenal of arguments to support our non-systemic opposition both in terms of politics and information. An offensive is ongoing, you see,” Zakharova said, as aired on Govorit Moskva radio station.

The EU ignores its domestic problems, the spokeswoman noted.

“Its domestic problems that are much more complex: the Yellow Wests in France, and problems related to [WikiLeaks founder Julian] Assange. This is not a problem for the United Kingdom and the United States exclusively, this is a European problem, it has long been a problem of the European Union. He stayed on the British territory and was subject to psychological pressure and blackmailing. They do not see it, they do not want to notice it,” Zakharova went on to say.

She also added that people receiving financial support from abroad and conducting policies profitable for other countries against national interests are not “liberal democrats”, but “foreign influence agents”

“If people are supported and sponsored from abroad, if they pursue a policy that is beneficial for foreign countries if they oppose national interests and prioritize foreign interests, how can they be called liberal democratic forces? They should not hide behind this distinguished title. This is an absolutely different thing. They are influence agents. They pursue other nations’ interests on our territory,” Zakharova explained.

Democracy is not about influencing the domestic agenda from abroad, it is about a political process inside the country, the foreign ministry’s spokeswoman stressed.