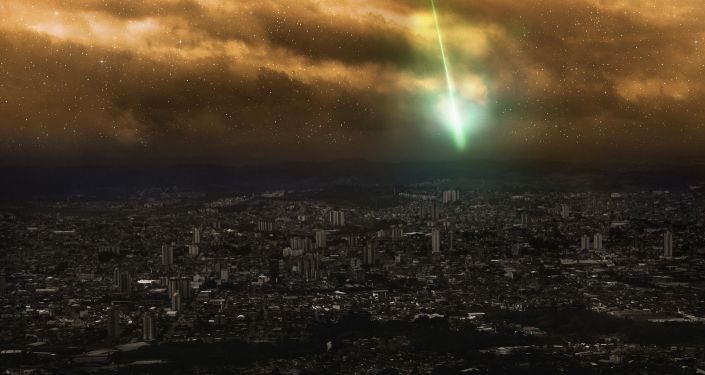 Space fans and amateur astronomers were asked to help scientists find a small meteorite that fell in the southwest of France last week.

The rock – estimated to weigh just 150 g – was captured by cameras last weekend at an astronomy education facility in Mauraux, some 100 km from Bordeaux.

“Meteorites are relics of the solar system’s creation, with the benefit of never being exposed to the elements… A fresh meteorite like this, which fell just a few days ago, hasn’t been altered by the Earth’s environment and therefore contains very precious information for scientists,” Mickael Wilmart of the A Ciel Ouvert (Open Sky) astronomy education association said, as quoted by AFP.

After calls for help were posted on social media, the search has been ongoing for nearly a week.

However, experts admit that the chances of finding the meteorite are very low.

“It’s a bit like searching for a needle in a haystack,” Wilmart told the agency.

‘Such a Winner’: Twitter Reactions Pour in After Meghan Markle’s Copyright Case Victory