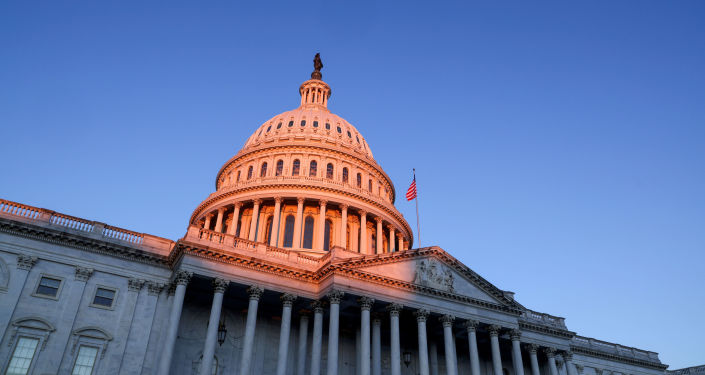 US Senators Tim Kaine (D-VA) and Todd Young (R-IN) have reintroduced a bill to the Senate, which aims at limiting the powers of the US President Joe Biden to use military force under decades-old authorizations in light of the recent US airstrikes in Syria.

The legislation would repeal the 1991 and 2002 authorizations for the use of military force (AUMF), which Congress approved in relation to the Gulf War and the US military attack against Iraq, respectively.

“Last week’s airstrikes in Syria show that the Executive Branch, regardless of party, will continue to stretch its war powers,” Kaine said in a statement issued Wednesday. “I call on Congress to promptly take up this measure and for the Biden Administration to support it to finally show the American people that the Article I and II branches can work together on these issues.”

“The 1991 and 2002 Authorizations for Use of Military Force that underpinned the war against Iraq need to be taken off the books to prevent their future misuse,” Kaine added. “They serve no operational purpose, keep us on permanent war footing, and undermine the sovereignty of Iraq, a close partner.”

I call on Congress to promptly take up our bill to repeal these outdated and unnecessary war authorities, and for the Biden Administration to support it. It’s time to show the American people that the Article I and II branches can work together on issues as serious as war.

Kaine concluded that the bill would put a formal end to the US right to perform any military actions in the region under the authorizations given 30 and 19 years ago, respectively, “reasserting Congress’ vital role in not only declaring wars, but in ending them.”

Young also stated that in matters of the use of military force, Congress “has been operating on autopilot,” ever since the authorizations were approved.

“The fact that authorities for both of these wars are still law today is illustrative of the bipartisan failure of Congress to perform its constitutionally-mandated oversight role,” Young said. “Today, Senator Tim Kaine and I have re-introduced our bipartisan legislation to continue our fight to repeal these outdated war authorities.”

The Indiana senator added that he hoped Congress would not “shy away” from the proposal to “advance this important legislation.”

The repeal of the war powers would not impact ongoing US operations against terrorists, the release said.

A similar legislative initiative was previously introduced in the Senate, but did not receive sufficient support from legislators.

On February 26, the US launched airstrikes on Syria that targeted facilities allegedly used by Iran-backed militias, which marked the first military action ordered by the Biden administration. The move, the Pentagon said, was a response to recent attacks on US and coalition forces in Iraq, which destroyed “multiple facilities.”

In a letter to congressional leaders, Biden said that the strikes were ordered in “self-defense.”

Russia Only UNSC Member Represented by Deputy Envoy to UN at Talks With Biden, Diplomat Says