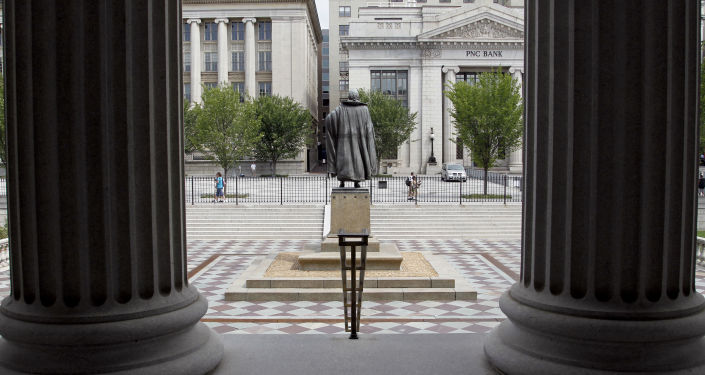 At an estimated 10.3 percent of GDP, the annual federal government deficit in 2021 would be the second largest since 1945, exceeded only by the 14.9 percent shortfall recorded in 2020, the CBO said.

“In CBO’s projections, [annual] deficits decline as the effects of the 2020–2021 coronavirus pandemic wane. But they remain large by historical standards and begin to increase again during the latter half of the decade. Deficits increase further in subsequent decades, from 5.7 percent of GDP in 2031 to 13.3 percent by 2051,” the report said.

A growing debt burden could increase the risk of a fiscal crisis and higher inflation as well as undermine confidence in the US dollar, making it more costly to finance public and private activity in international markets, the report added.

2020 Was the Deadliest Year in US History, Reports Say

Why So Green? Golden Retriever Gets Nervous When Meeting Chill Froggy