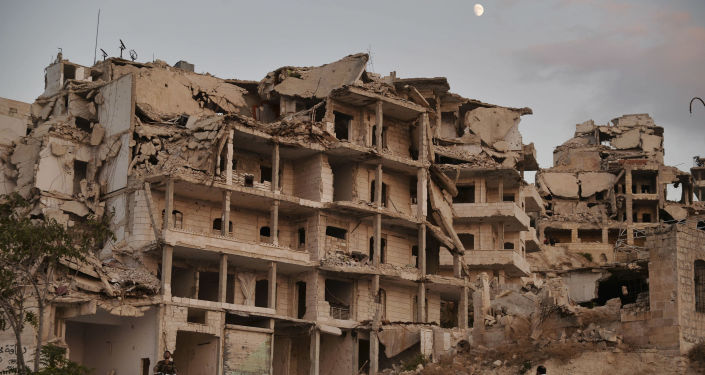 “In violation of international law and the UN Charter, the Americans launch airstrikes on the territory of the Syrian Arab Republic, occupy large areas of the country and openly support illegal armed groups, thereby stimulating the growth of terrorist activity,” the statement read.

The statement notes that terrorists have been particularly active on territories that are not controlled by Damascus, as extremists from Hay’at Tahrir al-Sham* ambush attack on the departments of government security agencies and state institutions in the country’s south.

Central Syria is regularly rocked by attacks of militants from Daesh* on humanitarian convoys and social infrastructure facilities. Besides, extremists often use improvised explosive devices to commit terror acts in places of mass gatherings of civilians, the statement read.

It also said that under the counter-terrorism agenda, the Western countries in the international coalition seek enrichment in the war-torn Western Asian nation with vast natural resources, and supply terrorists with weapons, ammunition, and money.

According to Mizintsev and Makhlouf, former US President Donald Trump once, in fact, confirmed that the main reason for the US military presence in Syria was oil.

The officials also expressed confidence that the matter must be of primary concern to the international community, as it threatens the stability and the economic situation in the country and the whole Middle East region.

* Hayat Tahrir al-Sham (formerly known as Jabhat al-Nusra), Daesh (also known as ISIS/ISIL/IS) are terrorist organisations outlawed in Russia and many other states