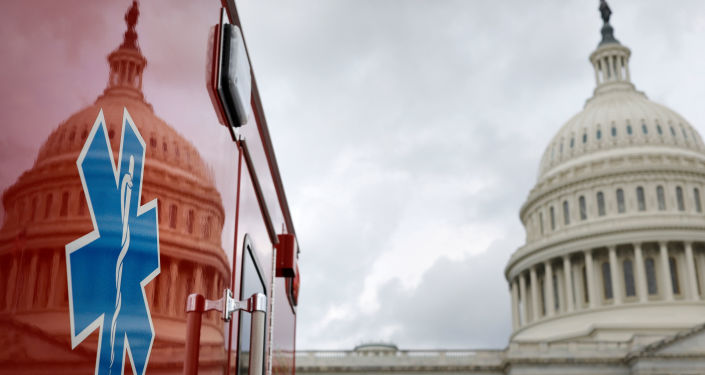 The US House of Representatives decided to rearrange its voting schedule and move remaining votes to Wednesday night after it was revealed via Joint Intelligence Bulletin (JIB) that “potential domestic violent extremist (DVE) threats” had been made by an “unidentified group” of “militia violent extremists (MVEs)” plotting to “take control of the US Capitol and remove Democratic lawmakers on or about 4 March.”

The FBI-US Department of Homeland Security release, dated March 2, noted the alleged MVEs discussed “aspirational plans to persuade thousands to travel to Washington, DC, to participate” in the plot.

Both agencies believe “symbols of government, law enforcement, and ideologically
opposed individuals” will be threatened at higher rates moving foward, as many potential extremists “likely are emboldened by the 6 January breach of the US Capitol Building.”

“MVEs also have allegedly threatened an attack against the US Capitol using explosives to kill as many members of Congress as possible during the upcoming State of the Union address, according to the US Capitol Police Chief,” the report highlighted.

While Biden’s first State of the Union Address has yet to be scheduled, reports of planned violence during the event emerged late last month.

“We know that members of the militia groups that were present on Jan. 6 have stated their desire that they want to blow up the Capitol and kill as many members as possible, with a direct nexus to the State of the Union,” acting Capitol Police Chief Yogananda Pittman testified before members of a House Appropriations subcommittee.

© REUTERS / Leah Millis
A mob of supporters of former U.S. President Donald Trump fight with members of law enforcement at a door they broke open as they storm the U.S. Capitol Building in Washington, U.S., January 6, 2021

“Based on that information,” she added, it’s “prudent that Capitol Police maintain its enhanced security posture until we address those issues going forward.”

FBI Director Wray has also emphasized his own agency’s need to improve its collection of intelligence on potential dometic terrorists and domestic terror acts.

“We need to get better at collecting, obviously,” FBI Director Wray told members of the US Senate Judiciary Committee on Tuesday, referring to the agency’s collection of data related to domestic terrorism.

He also highlighted that the “criminal behavior” that took place on January 6 “was not an isolated event.”

“The problem of domestic terrorism has been metastasizing across the country for a number of years now,” Wray told lawmakers, noting that white supremacists make up “the biggest chunk” of the intelligence agency’s domestic terrorism portfolio.

Rep. Michael McCaul (R-TX) on Wednesday called on former US President Donald Trump to tell the supposed extremists to “stand down,” as many of those waging threats have done so in support of the former president, as they claimed.

Rep. Michael McCaul says fmr. Pres. Trump has a responsibility to tell extremists, who believe Trump will be inaugurated on March 4, and who the FBI say are plotting a possible attack on the US Capitol, to stand down. “This threat is credible. It’s real.” https://t.co/txZq2tbwMH pic.twitter.com/n4X4WbwTIo

“This threat is credible and it’s real,” he told CNN’s Jake Tapper Wednesday, referring to US intelligence on the matter. “Because the original inaugural date was March 4, until the 20th Amendment passed, they think this is the true inauguration day and that President Trump should be inaugurated tomorrow. And that is the threat we face right now.”

‘Up to Us to Solve’: Mozambique Outlines Limited Role for Foreign Troops in Fight Against Daesh