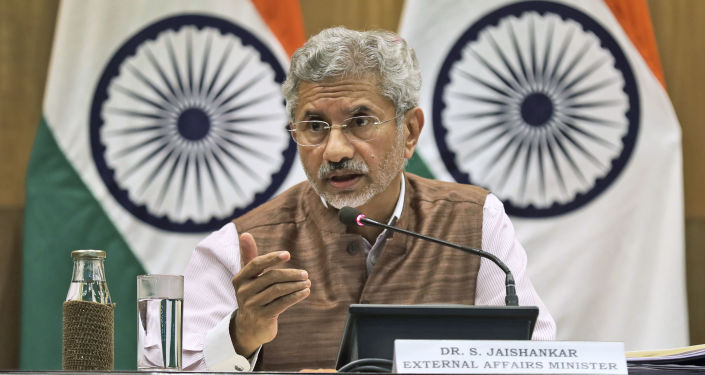 India’s External Affairs Minister (EAM), Subrahmanyam Jaishankar, has said that every death that took place at the Bangladesh-India border was regrettable, as he responded to charges that Indian border guards had used unnecessary force against infiltrating Bangladeshi nationals.

“We have talked about it. Many of the deaths take place inside India. Every death is regrettable,” said Jaishankar while addressing a joint press conference with his Bangladeshi counterpart Dr. A.K. Abdul Momen in Dhaka on Thursday.

Held comprehensive discussions with FM @AKAbdulMomen on our bilateral relations. Noted our steady progress, even during COVID. Shared my thoughts on the relationship & its prospects with the press. pic.twitter.com/NAbGCwldIi

​The illegal land crossing of Bangladeshi citizens into India through Indian states of West Bengal, Assam, Tripura and Meghalaya, has been a long-standing issue in the bilateral ties. At least 1,500 Bangladeshi civilians crossing into India over the past two decades have been killed by firing from Indian guards, according to rights groups in Bangladesh. The organisation Ain o Salish Kendra claims that 48 Bangladeshis were killed by Indian troopers in 2020, 43 in 2019 and another 15 in 2018.

Two Indian states — Assam and West Bengal — which share a border with Bangladesh are scheduled to go to the polls later this year.

Muslims from Bangladesh infiltrating these states is often blamed by the BJP for causing the changes in demography in the Indian border states. Thus, this has become a political hot potato, with the BJP promising to put an end to the infiltration of Bangladeshis into India if it comes to power in West Bengal.

Jaishankar’s visit to Bangladesh comes ahead of a leadership level visit by Prime Minister Narendra Modi to Dhaka on 26 to 27 March.

Addressing the joint press conference on Thursday, the visiting Indian dignitary pointed out that Modi’s upcoming visit will be his first outside the country since the COVID-19 pandemic struck last year and his second to Bangladesh since assuming power in 2014.

“We know that this is a very special year for you, when both countries mark the Mujib Barsho, 50 years of Bangladesh’s Liberation and 50 years of our bilateral relationship,” Jaishankar said during his address.

“The significance of our ties with Bangladesh lies in your centrality for our ‘Neighbourhood First’ Policy and your growing relevance for our ‘Act East’ Policy. We see Bangladesh as a key neighbour and a valued partner not only in South Asia but also in the broader Indo-Pacific region,” said Jaishankar.

Expressing his happiness at the continued interactions between the two governments despite disruption caused by the COVID-19 pandemic, Jaishankar noted that Bangladesh was the biggest recipient so far of ‘Made in India’ vaccines, with New Delhi having given more than 2 million jab shots to its eastern neighbour.

“Even the pandemic has actually provided an opportunity to reaffirm our friendship,” the Indian minister added.

US Withdrawal From Afghanistan Must Be Seen as Transition, Not Closure, Senator Says