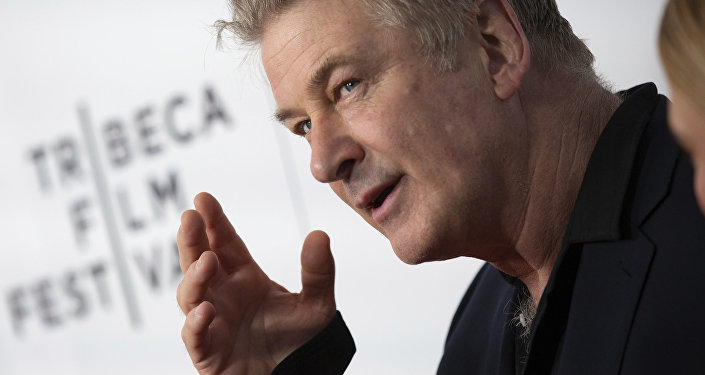 Alec Baldwin left Twitter on Wednesday after complaining the social media platform is full of “a–holes”.

The 62-year-old actor and comedian posted a video to his Instagram where he explained he deactivated his Twitter account because some users did not get the “irony” behind comments he made about Gillian Anderson using an American accent while accepting a Golden Globe on Sunday.

The star said he was a “huge fan” of Anderson and his comment was only meant to “illustrate the point that multicultural expressions of anyone, whatever country, language, music, food, clothing, art, whatever of those expressions are important to you, that’s your business”.

The star said he will be seeking “another news aggregation source” and thanked his audience on Instagram for their support.

Baldwin’s exit from Twitter comes after he posted a response to Anderson’s accent-switch, tweeting” “Switching accents? That sounds … fascinating.”

This was a reference to his wife, Hilaria Baldwin, who became the subject of controversy for using a Spanish accent while leading people to believe she grew up there, when she actually originated in Boston.

​Twitter users slammed the actor for attempting to conflate the two situations.

The difference is Gillian lived in London during her childhood and lives there so an accent developed. She’s never denied her Americanism.
Big fan of yours, but this is an awful take.

​Some celebrated the actor’s departure from the social media platform.

Full of A holes minus the biggest one Alec Baldwin LOL

@AlecBaldwin If you and your wife are looking for sympathy throwing someone else under the bus is wrong! Your super sad! Stick to your Trump https://t.co/3olUVlsa6T’s suiting.

​Comparisons of his behaviour were made to fellow New Yorker Donald Trump, who Baldwin plays as a mock character in some of his performances.

Alec Baldwin plays a good Trump for a reason. He’s also a bit of an asshole.

Alec baldwin’s biggest role on screen is as Donald Trump. The guy he hates

Kremlin on Reports About New US Sanctions on Russia: There Is No Smoke Without Fire