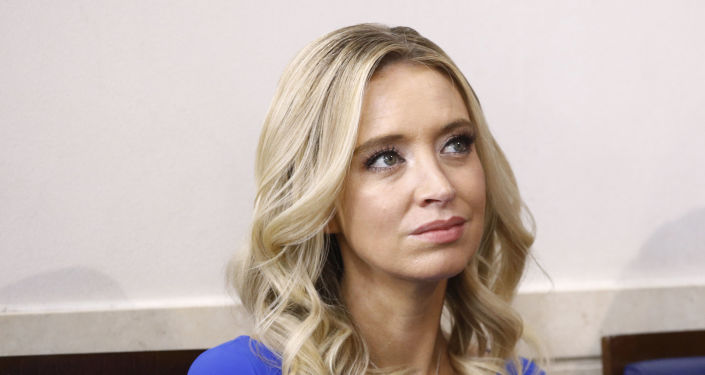 While on “Fox & Friends,” McEnany compared Biden’s recent statement to remarks made by former presidential candidate Hillary Clinton during the 2016 elections, in which she suggested that some Donald Trump supporters were in a “basket of deplorables.”

“Simply giving freedoms causes Joe Biden – the great uniter – to call us Neanderthals among other words that his predecessor Hillary Clinton did as well,” McEnany said, Fox News reported.

On Tuesday, both Texas Governor Greg Abbott and Mississippi Governor Tate Reeves said they would be lifting their states’ mask mandates, just one day after the US Centers for Disease Control and Prevention (CDC) warned that the US could lose its progress in its fight against the pandemic if prevention measures are rolled back as new contagious variants emerge.

“I am really worried about reports that more states are rolling back the exact public health measures we have recommended to protect people from Covid-19,” CDC Director Rochelle Walensky cautioned during a Monday White House COVID-19 briefing.

In remarks to reporters on Wednesday, Biden expressed disdain with the two governors’ decisions to roll back COVID-19 prevention measures.

“We are on the cusp of being able to fundamentally change the nature of this disease because of the way in which we’re able to get vaccines in people’s arms,” Biden told reporters. “The last thing we need is Neanderthal thinking that, in the meantime, everything’s fine, take off your mask, forget it. It still matters.”

“I think the president, what everybody saw yesterday, was a reflection of his frustration and exasperation, which I think many American people have, that for almost a year now people across the country have sacrificed, at many times they haven’t had information they need from the federal government,” Psaki told reporters at a briefing, The Hill reported.

In addition, Psaki noted that Biden was not singling out any individuals when he made his comments, and was simply stating that allowing business to operate at full capacity and lifting mask mandates is akin to Neanderthal thinking.