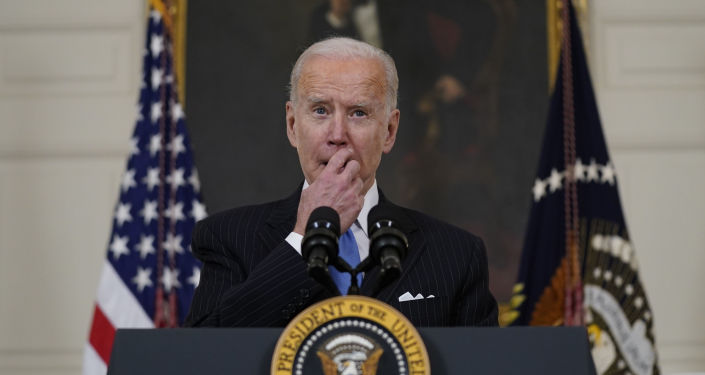 Joe Biden prompted some laughs on social media after revealing that he was not sure what he was “supposed to do” during a virtual meeting with Democratic House Representatives on Wednesday.

Speaking shortly after House Speaker Nancy Pelosi introduced Biden as the president his nation was “blessed” to have, the POTUS briefly talked about the COVID vaccine rollout and much-debated stimulus check plan.

The president then said that he was “happy to take questions” from the lawmakers following his short speech – but the White House suddenly cut the feed.

“I’d be happy to take questions if that’s what I’m supposed to do, Nance,” Biden said. “Whatever you want me to do.”

Twitter users were left in stitches after Biden’s words were pointed out by reporters from The First network.

“‘If that’s what I’m supposed to do’…guy doesn’t even know what he’s doing there,” one user pointed out.

Biden doesn’t know what day it is

I’d say “unbelievable” but this is absolutely believable. Can you imagine if Trump said “I’d be happy to take questions if that’s what I’m supposed to do.” The man has no effing idea where he is or what he’s even doing

I think at the very end the sign language person signed “Oh shit!”

My guess is that there were no pre screened questions.

The president has been slammed for his lack of media appearances and formal press conferences following his inauguration. Former White House Press Secretary Kayleigh McEnany accused Biden of failing to “engage in transparency” that he had promised to the American people.

“It’s been 41 days – at this point, President Trump had multiple press appearances, press conferences – President Barack Obama had as well,” McEnany told Fox News’ Sean Hannity after it was announced that she would now join the network as an analyst.

According to Trump’s former staffer, Biden’s administration does not “get the degree of scrutiny” her boss faced during his time in power.