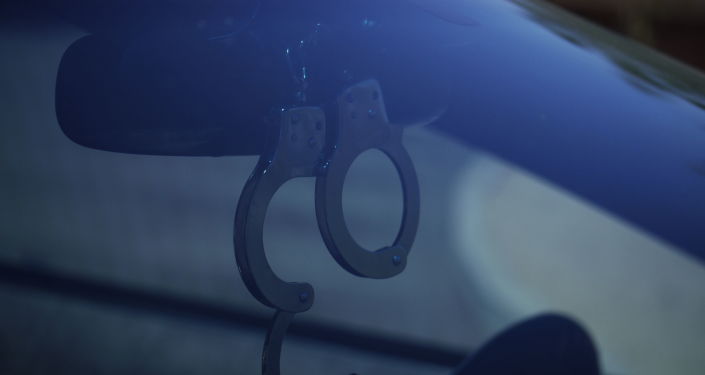 A man from a village located far from Uttar Pradesh’s capital city of Lucknow beheaded his own daughter, 17, and walked down the road in a village, before being apprehended by the police, the local NDTV reported Thursday.

According to the report, a resident of Pandetara village spotted the murderer, whose name is Sarvesh Kumar, when he was walking around with a woman’s head covered in blood in his right hand. The man was heading toward Majhila police station, 2 kilometres away from his village. The witness immediately called the police.

Kumar admitted to beheading his daughter in a fit of rage with a sharp tool without any hesitation, explaining his motive as being dissatisfied with the girl’s relationship with a man.

“I did it. There was no one else. I closed the latch and did it. The body is in the room,” he reportedly told the officers who apprehended him.

A video of a policeman carrying the girl’s head in an inappropriate way went viral on social media, prompting the authorities to suspend the officer, The Times of India reported.

“A person named Sarvesh killed his [teenage] daughter and was spotted carrying her severed head on the road. We intercepted him as soon as we received information about it and have taken him into custody. We have also taken serious note of a photo [that] shows a police [officer] carrying her head inappropriately. The cop has been suspended,” a local officer reportedly said.

According to the National Crime Record Bureau data cited by NDTV, the state of Uttar Pradesh had the highest number of crimes against women in 2019.

Third Woman Accuses Cuomo of Sexual Harassment, Says He Made Unwanted Advance at a Wedding – Report

Father of US School Shooting Victim: Biden Has No Real Intention to Solve Gun Violence