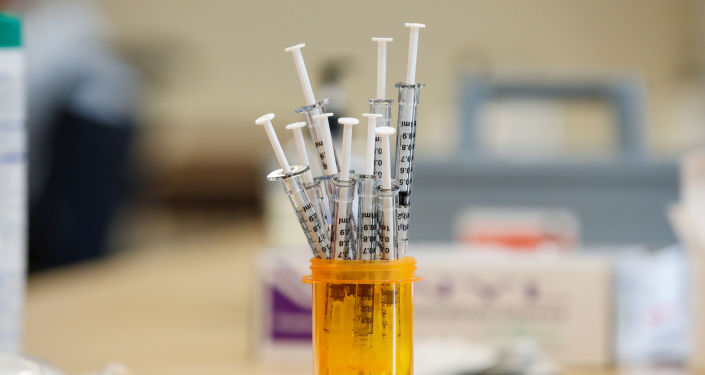 Thousands of fake doses of COVID-19 vaccine have been apprehended by police authorities in China and South Africa, with Interpol warning that this is no more than the “tip of the iceberg”.

The International Criminal Police Organization (ICPO) had earlier issued an alert regarding a potential upsurge in vaccine-related criminal activity.

​Approximately 400 ampoules – equivalent to around 2,400 doses – containing the fake vaccine were discovered at a warehouse in Germiston, Gauteng.

As police officers also seized fake 3M masks, they took into custody three Chinese nationals and a Zambian national. A network raking in profits from selling fake coronavirus vaccines had been identified in China by local police authorities.

In the wake of an investigation supported and facilitated by Interpol’s Illicit Goods and Global Health (IGGH) Programme, the uncovered manufacturing premises were raided to seize more than 3,000 fake vaccines. Around 80 suspects were apprehended.

A spokesperson for the Chinese Ministry of Public Security was quoted as saying:

“The Chinese government attaches great importance to vaccine security. Chinese police are conducting a targeted campaign to prevent and crack down on crimes related to vaccines, proactively investigating and combating crimes related to vaccines in accordance with law. We will further strengthen the constructive cooperation with INTERPOL and law enforcement agencies of other countries to effectively prevent such crimes.”

Earlier in the year, Interpol had issued an Orange Notice warning to global law enforcement, alerting authorities worldwide to the fact that organised crime networks would be targeting COVID-19 vaccines aimed at stopping the coronavirus pandemic.

“With vaccines rolling out, crime will increase dramatically… We will see thefts and warehouse break-ins and attacks on vaccine shipments. Corruption will be rampant in many places to get the valuable vaccine quicker,” Stock was quoted as saying by business weekly WirtschaftsWoche in December 2020.

The secretary general of the Lyon-based global policing agency had also anticipated more cases of graft related to vaccines.

​To facilitate efforts to apprehend the unlawful activity, the alert offered details and images of genuine vaccines and authorized shipping methods provided by pharmaceutical companies, states the official Interpol site.

It again underlined the unique role played by Interpol in ensuring law enforcement across its 194 member countries are updated on crime trends and can swiftly and securely exchange information.

Tip of the Iceberg

“Whilst we welcome this result, this is only the tip of the iceberg when it comes to COVID-19 vaccine related crime,” said Jurgen Stock, adding:

“Following our warning that criminals would target the distribution of COVID-19 vaccines, both on and offline, Interpol continues to provide its full support to national authorities working to protect the health and safety of their citizens. These arrests underline the unique role of Interpol in bringing together key players from both the public and private sectors to protect public safety.”

Brigadier Vish Naidoo, the national spokesman for the South African Police, also weighed in on the issue, underscoring that since COVID-19 had started to spread across South Africa, the government had taken an integrated, multi-disciplinary law enforcement effort to tackle impending challenges.

“This, together with our association with counterparts from all Interpol member countries, is proving to be very effective as we have seen in the arrests for foreign nationals attempting to peddle fake vaccines to unsuspecting people within South Africa,” he stated.

Investigations into the illegal activity are continuing, as besides arrests in China and South Africa, Interpol is acting upon reports of both fake vaccine distribution and efforts to scam health facilities such as nursing homes.

© REUTERS / POOL
A medical worker fills a syringe with a dose of the Pfizer-BioNTech coronavirus disease (COVID-19) vaccine as Japan launches its inoculation campaign, at Tokyo Medical Center in Tokyo, Japan February 17, 2021.

In a bid to reign in such attacks, the agency reiterated its warning that no approved vaccines were currently available for sale online, while vaccine advertisements in the ‘dark web’ were not legitimate and potentially dangerous.

Astronauts Who Die on Mars Can Be Buried on Red Planet, Sent Into Space or Eaten, Report Says