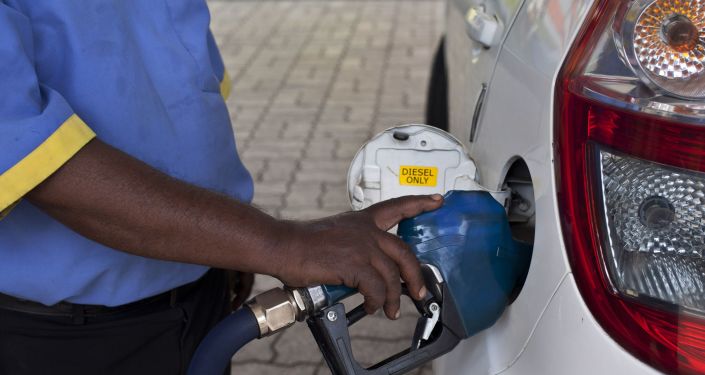 In a bid to maintain fairness in the upcoming polls, the Election Commission of India (ECI) has directed all petrol pumps in the poll-bound regions to remove Prime Minister Narendra Modi’s billboards and posters advertising government schemes within 72 hours.

The ECI’s directive, however, triggered a Twitter clash between the supporters and critics of Prime Minister Modi on Thursday.

There have been pictures of people bowing down to Modi’s posters at petrol pumps on social media, as well as snippets of the posters being torn down.

​Netizens have also pointed out that the ECI’s decision to ask gas stations to remove Modi’s posters could be influenced by the heavy amount of criticism that India’s leading politician and his government drew after fuel prices touched a historic high in the country last week.

On 3 March, a delegation from West Bengal state’s ruling Trinamool Congress party met with the ECI and complained that Prime Minister Modi’s posters at crowded public places like the fuel stations violate rules mandating a “Model Code of Conduct” around elections.

Elections in all the poll-bound regions will commence on 27 March, 2021.

Polls are to be held for 294 seats in West Bengal, 234 seats in Tamil Nadu, 140 seats in Kerala, 126 seats in Assam and 30 seats in Puducherry and the vote counting for the election-bound regions will be done on 2 May.