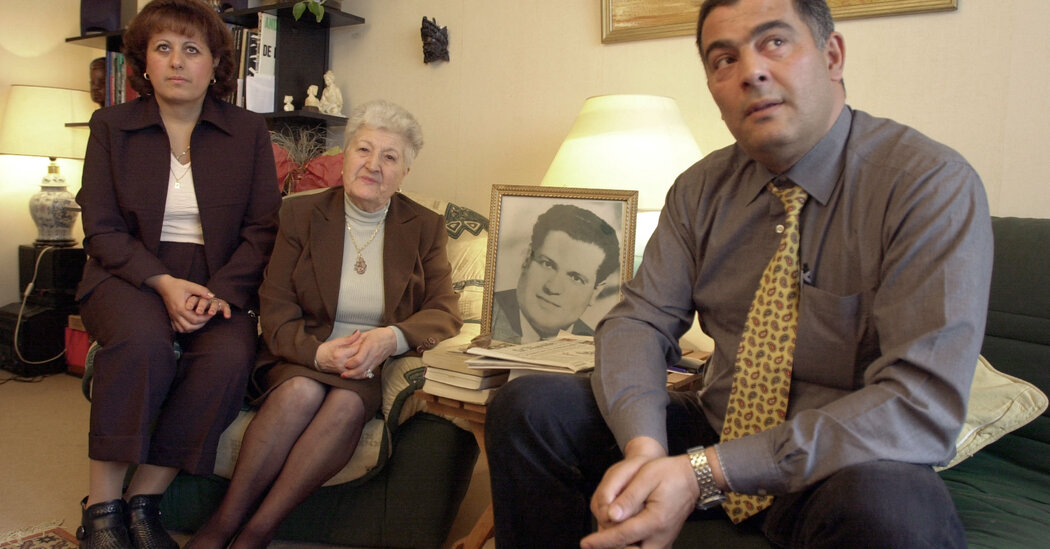 PARIS — Emmanuel Macron, the first French president born after the brutal Algerian war of independence, has taken a further step toward reconciliation through truth by declaring that a leading Algerian lawyer and nationalist did not die by suicide in 1957, as France had long claimed, but was tortured and killed by French soldiers.

Ali Boumendjel, a prominent wartime defender of Algerians imprisoned by the French, was captured on Feb. 5, 1957, during the Battle of Algiers and held in secret for 43 days.

Speaking “in the name of France,” Mr. Macron said Mr. Boumendjel “did not commit suicide. He was tortured and then assassinated.”

For decades, and despite persistent pressure from the lawyer’s late widow, Malika Boumendjel, France clung to the story that the death was a suicide. It did so even after the French army general, Paul Aussaresses, admitted in a book published in 2001 that he had killed Mr. Boumendjel by defenestration through a sixth-floor window.

The most painful episodes of French history, from its collaborationist Vichy government in World War II to the Algerian war, have proved difficult to drag into the full light of day.

Ending 132 years of French colonization, the Algerian war, fought from 1954 until 1962, left a half-million people dead, according to French accounts, and 1.5 million dead, according to Algeria. It broke France into violently opposed factions that threatened to tear the country apart, before a peace accord was signed on March 18, 1962, opening the way for Algerian independence.

Mr. Macron, who before his presidency called the French colonization of Algeria a “crime against humanity,” has been determined to overcome Franco-Algerian trauma. Its shadow extends even today to the large North African population with ties to Algeria that has settled around major French cities.

This new generation “has to be able to build its own destiny, far from the two ruts that are amnesia and resentment,” said a statement issued by the president’s office. “It is for them, French and Algerian youth, that we must advance down the path of truth, the only one that can lead to the reconciliation of memories.”

This positive response contrasted with the mixed reception given in Algeria to a report commissioned by Mr. Macron on the legacy of colonization and a war for independence between the two countries. Written by Benjamin Stora, a prominent French historian, and made public in January, it called for a Memories and Truth Commission, now established, to shed light on the conflict’s grim history and to heal wounds.

But for Algerians demanding an apology for French colonial war crimes, it fell short of what they sought. The Algerian government spokesman, Ammar Belhimer, said at the time that the report was “not objective” because it placed “victim and executioner on the same level.”

Mr. Stora had called in his report for France to acknowledge the truth of Mr. Boumendjel’s killing. Pressure had been building before the president’s announcement.

Mr. Macron already acknowledged, in 2018, the widespread use of torture by French forces, and specifically its use against Maurice Audin, a member of the Algerian Communist Party who was also killed by French soldiers in 1957.

Mr. Macron, who is facing a presidential election 14 months from now and knows how explosive the Algerian issue still is on the right of the political spectrum, has insisted that there will be “no repentance nor apologies.” The French ambassador to Algeria, François Gouyette, said in an interview published this week that reconciliation must be achieved through a spirit of “neither denial nor repentance.”

Jean Castex, Mr. Macron’s prime minister, said last November that French “self-flagellation” around the theme of colonization was regrettable. He called for the country to assume its history and find in it a source of pride.

The 60th anniversary of the end of the war will be marked in March next year, one month before the first round of the presidential election. Mr. Macron is determined to advance his quest for Franco-Algerian reconciliation before then, in part to head off the anti-immigrant challenge of Marine Le Pen.

A perennial candidate, Ms. Le Pen has been working hard to appeal to the moderate center-right by dropping some of her more extreme positions, like exiting the European Union and the euro. Her National Rally party, formerly the National Front, exploited resentments over the loss of Algeria to build its support after its founding almost a half-century ago.

“No crime, no atrocity committed by anyone during the Algerian War, can be excused or hidden,” Mr. Macron said in his statement. “They must be viewed with courage and lucidity, in the absolute respect of all those whose life and destiny they destroyed.”