Ex-London Mayoral Candidate: UK Public Needs to Get a Backbone & Realise We’re in a War of Attrition 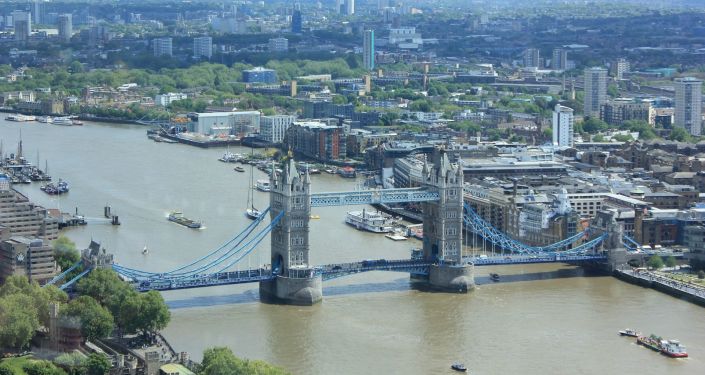 It was the most anticipated budget of a generation as the eyes of a nation descended upon chancellor Rishi Sunak. A man who has the unenviable task of helping to balance Britain’s books at a time when national debt stands at £2.1 trillion.

The budget required all the poise of a tightrope walker trying to ensure the delicate balance between survival and suffocation of a nation desperately in need of resuscitation.

There was breathing space for employees as the furlough scheme was extended until September, and the universal credit top up scheme which has been a lifeline for many will continue for a further 6 months.

However, the chancellor did announce the highest tax increase in 28 years, reversing more than a decade of tax cuts by successive Tory governments, a move which has been described by financial experts as a ‘significant risk.’

Sputnik spoke with former London mayoral candidate, Winston McKenzie to hear what he thought about Rishi Sunak’s budget and what it means for the British public.

Sputnik: What are your thoughts then on Rishi Sunak’s budget?

McKenzie: I think we’ve got a good chancellor. I think this chancellor cannot please everybody, hence the saying, you can please some of the people, some of the time. He took on a poisoned chalice. And it doesn’t matter what he does, he’ll never please all of the people and the support that he’s trying to give the self-employed and businesses.

Sputnik: And do you think it’s going to help protect the jobs and livelihoods of the British public?

McKenzie: It’s hard to say, it doesn’t matter what he does, he’ll be wrong. The economy is collapsing at knots, it’s collapsing. It doesn’t matter what government you’ve got in, whether it’s Labour, Tory, or whatever. We, as a people have to also play our part. The small businesses, the unemployed, all need aspirations. We all have to aspire to something and what the chancellor has done is okay.  So taxes will go up, they’re going to go through the roof, this will be the first of many tax rises I can see.

Sputnik: We’ve seen the biggest tax rise in the budget since the early 90s. What’s your opinion on the rise of taxes that we’re going to see implemented?

McKenzie: It could be worse. This is the conundrum. This is the rail that’s clouding our vision at the present moment.  Rishi Sunak can lend all he wants, but we must be aware that we’re going to be clobbered heavily with the taxes, and we have got to get a backbone, the general public has to get a backbone and realise that we are in a war and it’s a war of attrition. The rest of the world are just waiting to see London, the epicentre, the financial epicentre of the world collapse so they can move in on us. So we’ve got to tighten our belts and realise we have to endure the tax rises and if the tax rises.

Sputnik: Do you think Brexit will lead to a vibrant powerful British economy and the future?

McKenzie: Brexit was good in the sense that we literally are able to control our own destiny. British trade and industry can be the hallmark of the world. We’ve got the experience and the people campaigned to come out of Europe and we got what we wanted.

Protesters Clash With Cops, Jump on Police Cars in Minnesota After Officer-Involved Shooting