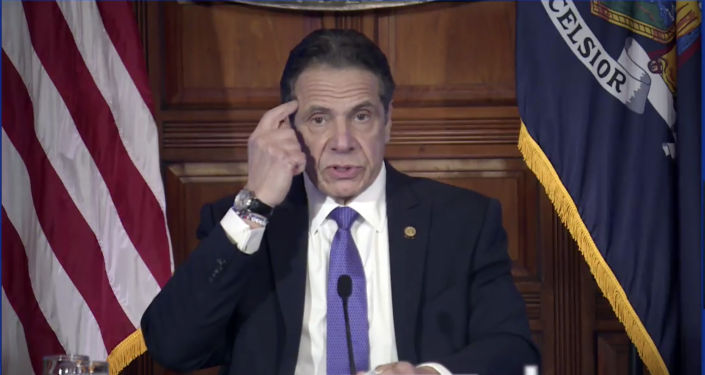 Former executive assistant for New York Governor Andrew Cuomo, Charlotte Bennett, has said that he “groomed her” for sex while she was working for him.

“CBS Evening News” host Norah O’Donnell shared remarks from an upcoming interview with the 25-year-old accuser in a video clip on Twitter, with the interview itself expected to be aired on Thursday evening.

Cuomo, who is 63 now, allegedly asked Bennett “shocking questions”, including “about her sex life,” and whether “she had sex with older men.”

“She talks about how she believes that Governor Cuomo groomed her,” O’Donnell said.

In a powerful, exclusive interview, Charlotte Bennett, former executive assistant and senior briefer to NY Gov. Andrew Cuomo, provides the most detailed account we have heard to date from one of the governor’s accusers

Watch tonight on the @CBSEveningNewspic.twitter.com/SDgSODKdTS

​The news show host also said Cuomo reportedly told his former aide that “he was lonely.”

Earlier in the day, Bennett’s lawyer said that the incident and Cuomo’s behavior had a significant effect on her client’s career.

“That’s inappropriate. It derailed her career,” she said.

As seen in Bennett’s LinkedIn profile, she left the Cuomo administration in November and now works for Primary Maternity Care as director of operations.

In his first media appearance since the accusations on Wednesday, Cuomo apologized for making anyone uncomfortable, on the other hand, he partially justified his actions by claiming that his words and actions were “misinterpreted as an unwanted flirtation.”

The governor also said that he would comply with the state attorney general’s investigation, which began on Monday.

The attorney general’s office is not required to make any conclusions related to the case public until after the investigation is formally closed.

Cuomo was first accused in December 2020 by another former aide Lindsey Boylan, who detailed her interactions with Cuomo in a recent reveal in which she outlined unwanted kisses and offensive comments about her appearance. Cuomo is also accused of inappropriate touching and kissing at a wedding in 2019 by another woman.

‘Michael Phelps Made Me Believe in Myself’, Says Indian Swimmer Maana Patel Before Olympic Debut