Clashes in Senegal kill one after arrest of opposition leader Sonko 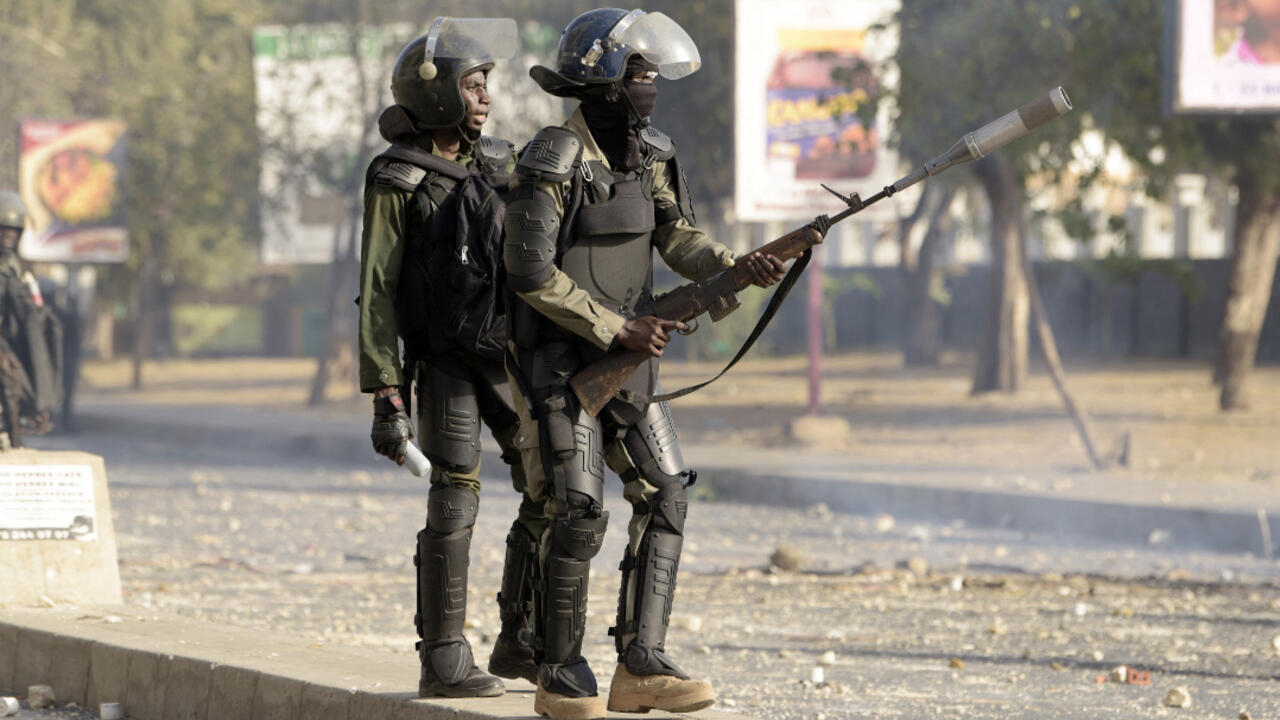 Senegalese police clashed with supporters of arrested opposition leader Ousmane Sonko on Thursday, leaving one person dead in the south of the country, a police official said.

It was the first death confirmed in clashes since Sonko was arrested on Wednesday for disturbing public order as protests broke out ahead of his court appearance on a rape charge.

Sonko, leader of the opposition Pastef party and former presidential candidate, is considered a key potential challenger for President Macky Sall in elections in three years.

One person was killed in clashes on Thursday in Bignona town, in the southern Casamance region, the police official said.

“We still don’t know the cause, it is under investigation,” said the official who asked not to be identified.

Four police were also injured in the fighting.

Sonko’s arrest has triggered the worst unrest seen in Dakar in years, in a West African country known for its stability.

Dozens of students were still holed up in Dakar’s Cheikh Anta Diop university on Thursday, where they threw concrete blocks at police, who responded with tear gas and stun grenades, an AFP reporter at the scene said.

Sonko was to be transferred Thursday evening to a Dakar courthouse where his case will be heard by a judge. But his lawyers said the hearing had been postponed to Friday.

“Ousmane Sonko is now the subject of a warrant. He will be taken to the investigating magistrate tomorrow, willingly or by force,” Abdoulaye Tall, one of his attorneys, told AFP.

Senegalese regulatory authorities on Thursday also suspended the signal of two local television channels, Sen TV and Walf TV, accusing them of broadcasting “in loop” images of the unrest after Sonko’s arrest.

Hundreds of people had followed his motorcade on Wednesday, sounding horns and singing before clashes erupted and Sonko was arrested before reaching the court.

Interior Minister Antoine Felix Abdoulaye Diome said Sonko had been arrested over a ban on gatherings because of the coronavirus and violating a traffic plan put in place.

“Everyone has to comply. Others have done the same. I wonder why there would be an exception,” he told RFM radio.

Sonko also denies the rape charges filed against him last month by an employee at a salon where he received massages.

A 46-year-old devout Muslim, Sonko is frequently critical of Senegal‘s ruling elite and is popular with young people.

He accuses Sall of conspiring to sideline him ahead of the 2024 elections.

Violence also broke out Wednesday in other areas including in Casamance, where Sonko’s father is from and where he has a strong following.

Sonko ran against the president in the 2019 vote, but finished third in a race that delivered the incumbent a second term.

Presidents in the former French colony are limited to two consecutive terms, but Sall launched a constitutional review in 2016, raising suspicions he intends to run again.

How Denmark became the NSA’s listening post in Europe

France’s summer festivals to go ahead, but with strict Covid-19 restrictions

CDC eases travel recommendations for dozens of countries, including Japan