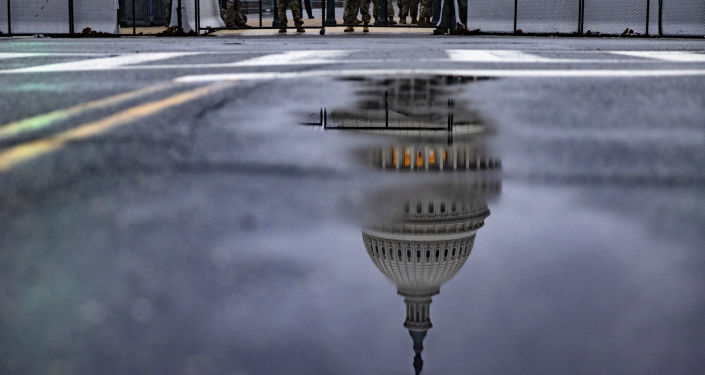 Capitol Police have asked the Pentagon to extend the deployment of the National Guard units stationed at the Capitol complex for two more months, Reuters and AP have reported, citing defence officials.

The troops were expected to wrap up their duties guarding the Capitol on 12 March. The law enforcement agency’s request is reportedly being reviewed by the Department of Defence.

The extension request comes a day after the Capitol Police’s announcement Wednesday that it had received intelligence that an “identified militia group” may have hatched a plot to “breach the Capitol.” A similar warning by the FBI and the Department of Homeland Security prompted the House of Representatives to rearrange its voting schedule.

On Tuesday, Michigan Governor Gretchen Whitmer announced that she would not agree to an extension of the deployment of National Guard units from her state. About 1,000 Guard members from Michigan were sent to Washington, DC to assist with security after Joe Biden’s 20 January inauguration. Whitmer’s announcement followed reports that some 50 members of the Guard had become sick after being served undercooked or moldy meals or food containing metal shavings. Six of the complaints were serious enough for troops to be hospitalized.

Elissa Slotkin, a former CIA analyst, Pentagon official and Iraq War intelligence operative who currently serves as a Michigan congresswoman, confirmed via Twitter Thursday that she too has been “hearing from contacts at the National Guard” that Capitol Police had asked for the deployment extension. She also indicated that the Guard has been “soliciting states to send contributions.”

I am hearing from contacts at the National Guard that the U.S. Capitol Police have asked for a 60-day extension of the Guard’s mission in and around the Capitol, and that the Guard is soliciting states to send contributions.

Last month, local media reported that defence officials were considering extending the National Guard’s stay in DC through the summer and fall.

GOP lawmakers began to question the Guard’s continued DC presence in late January, with Senator Tom Cotton of Arkansas saying he was not aware of any “specific, credible threat…that justifies this continued troop presence.” Nearly a dozen more lawmakers requested a briefing with Pentagon officials on the reasoning behind keeping the troops stationed in the capital.

National Guard troops were deployed in DC in the aftermath of the 6 January riot, during which thousands of enraged Trump supporters convinced the election had been stolen from them stormed the Capitol complex. The ensuing violence cost the lives of four protesters and one police officer, and prompted Democrats in the House to launch impeachment proceedings against Trump for a second time.

Pakistan Rules Out Possibility of Hosting US Troops After Afghanistan Pullout