Canada Versus ‘John Doe’: Judge Says Toronto Van Killer Should Be Deprived of Oxygen of Publicity 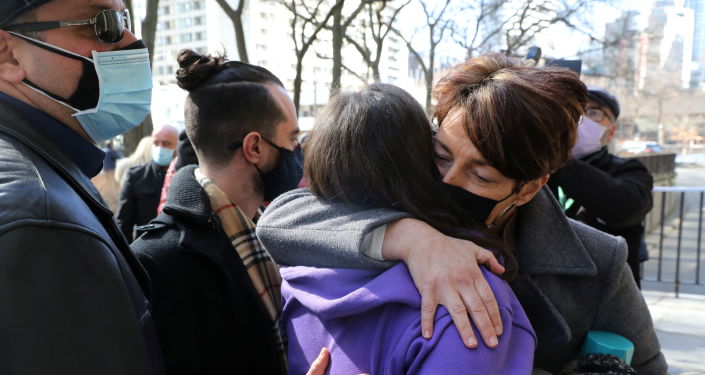 A Canadian judge has found a mass killer guilty of all 26 counts but in an unprecedented step she decided she would refer to him only as John Doe.

Giving her ruling on YouTube on Wednesday, 3 March, Judge Anne Molloy said Alex Minassian – who she referred to as Doe – had hankered after fame and notoriety.

She said: “Mr Doe thought about committing these crimes over a considerable period of time and made a considered decision to proceed. His attack on these 26 victims that day was an act of a reasoning mind notwithstanding its horrific nature and notwithstanding that he has no remorse for it, and no empathy for his victims.”

Following today’s verdict, we remember the many victims in this horrific attack. This was a day @TorontoPolice saw the absolute worst of humanity & the public saw the absolute best of TO’s first responders, city agencies, medical workers & brave citizens https://t.co/sipVwnRo2O

But instead he rented a van and drove it down the pavement in Yonge Street – one of the busiest shopping districts in Toronto – killing eight women and two men, aged between 22 and 94.

He didn’t care if he died as long as he achieved fame. He was a failure. At times during his assessment he described his crimes as despicable, a horrible thing. “He had a functioning brain and knew it was morally wrong … he then made a choice. Knew it was what he wanted to do.

​He was eventually arrested but later told detectives he had hoped to be shot dead by police.

Moments before launching the attack Minassian published a post on his Facebook page about the “incel rebellion”.

Minassian self-identified as an incel, an involuntary celibate, and admired Elliot Rodger, an American spree killer who created much of the incel ideology, which revolves around loathing of attractive and fit men and women, known as Chads and Stacys.

After the attack someone anonymously a “manifesto” which Minassian had written on the message board 4Chan.

Just watched the judge say that Alex Minassian (Van Attack) is GUILTY. He will be automatically be sentenced to a minimum of life in prison without possibility of parole for at least 25 years. Today is a good day. pic.twitter.com/ziHGNResRB

​It read: “Private (Recruit) Minassian Infantry 00010, wishing to speak to Sgt 4chan please. C23249161. The Incel Rebellion has already begun! We will overthrow all the Chads and Stacys! All hail the Supreme Gentleman Elliot Rodger!”

During his police interrogation Minassian said he had been motivated by his hatred of women, which was linked to his sexual frustration and his frequent rejection by females.

He said he joined the online incel community and shared their ideology, which espouses a hatred of “Chads” (handsome, muscular and charming men) and “Stacys” (beautiful, sexy and unattainable women).

His lawyers sought to prove he was not criminally responsible because he suffered from Autistic Spectrum Disorder (ASD) but Judge Molloy ruled this week that was not the case and she found him guilty of all 26 counts. He will be sentenced later this month.

​Judge Molloy said: “This case has in many ways and on many days been a struggle. This accused committed a horrific crime, one of the most devastating tragedies this city has ever endured, for the purpose of achieving fame.”

In the past it has been argued that those who carry out mass shootings and publish manifestos to try and justify their actions – such as Seung-hui Cho, who killed 32 people at Virginia Tech in 2007 – should be anonymised as a way of deterring future attack.

‘Crazy Enough to Be True?’: Scientist Suggests Our Universe Can be One Giant Neural Network