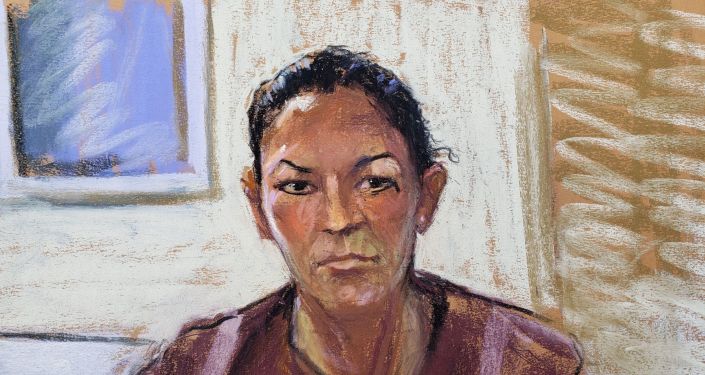 Ghislaine Maxwell’s family has accused the US legal system of allegedly subjecting her to “brutal and degrading” treatment in detension, according to The Daily Telegraph.

Ian Maxwell, the brother of Jeffrey Epstein’s former girlfriend, who is facing charges for six federal crimes including sex trafficking and enticement of minors for the late billionaire, has claimed she has “lost the ability to concentrate.”

The 59-year-old British socialite is said to be constantly under supervision in her tiny cell at the Metropolitan Detention Center in Brooklyn.

“My sister is being held in the most appalling conditions and subjected to brutal and unusual treatment and yet she is a pretrial detainee… This means she is innocent and she is entitled to the presumption of innocence,” said Maxwell’s brother.

According to him, his sister, who has since lost 20 pounds in weight due to the conditions she has found herself in, has been denied all privacy.

Underscoring that the entire family is “convinced she will be acquitted” of all charges related to her sex trafficking case, the brother of the publishing heiress slammed the current situation as “simply wrong.”

Ghislaine Maxwell, in detention since 27 January 2021, has been complaining about prison conditions for the last few months, claiming she was being woken every 15 minutes by a flashlight, subjected to 24/7 video surveillance and numerous strip searches.

© AP Photo / John Minchillo
In this July 2, 2020 file photo, Audrey Strauss, Acting United States Attorney for the Southern District of New York, speaks during a news conference in New York, to announce charges against Ghislaine Maxwell for her alleged role in the sexual exploitation and abuse of multiple minor girls by Jeffrey Epstein

According to court documents, she also claimed her current food diet had caused her to lose weight and hair.

Maxwell, a naturalised American citizen, was arrested in July 2020 over claims that she has been involved in sexual assaults and the sex trafficking of dozens of young women, together with her former lover Jeffrey Epstein.

© AP Photo / Chris Ison
n this Sept. 2, 2000 file photo, British socialite Ghislaine Maxwell, driven by Britain’s Prince Andrew leaves the wedding of a former girlfriend of the prince, Aurelia Cecil, at the Parish Church of St Michael in Compton Chamberlayne near Salisbury, England. The FBI said Thursday July 2, 2020, Ghislaine Maxwell, who was accused by many women of helping procure underage sex partners for Jeffrey Epstein, has been arrested in New Hampshire.

The convicted paedophile was found dead in his prison cell in a Lower Manhattan jail in August 2019 while awaiting trial in relation to sex charges.

Jeffrey Epstein’s associate has denied any involvement in grooming minors for the disgraced billionaire, with a judge yet to decide whether to allow Maxwell to walk out of the prison on bail. She is due to stand trial in July.

Mouse Plague Hits Australia With Some Rodents Feared to Be Cannibals