US Plans to Continue Targeted Measures Against Myanmar Military 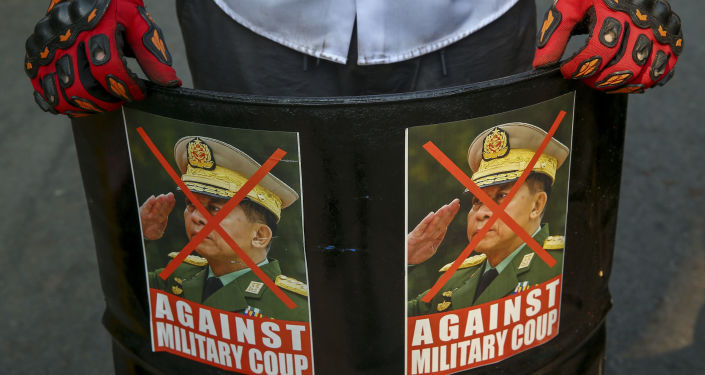 “Our measures are going to continue to be very tightly targeted at the members of the military,” Price said during press briefing on Wednesday.

Earlier in the day, UN Special Envoy for Myanmar Christine Schraner Burgener said Wednesday was the bloodiest day since the military coup last month as 38 people were killed during protests against the military rule in the country.

Price noted that the United States has enacted targeted policy measures against senior members of the Myanmar military and pointed out that these steps have significant impact.

Price also said the United States will act so as not to worsen humanitarian situation in the country.

“We call on all countries to speak with one voice and condemn brutal violence by the Burmese [Myanmar] military against its own people,” he said.

Myanmar has been rocked by protests since February 1, when the military overthrew the civilian government alleging it rigged the election and declared a year-long state of emergency.

Iran Rules Out Direct, Indirect Talks With US at High-Stakes Vienna Meeting on Nuclear Deal