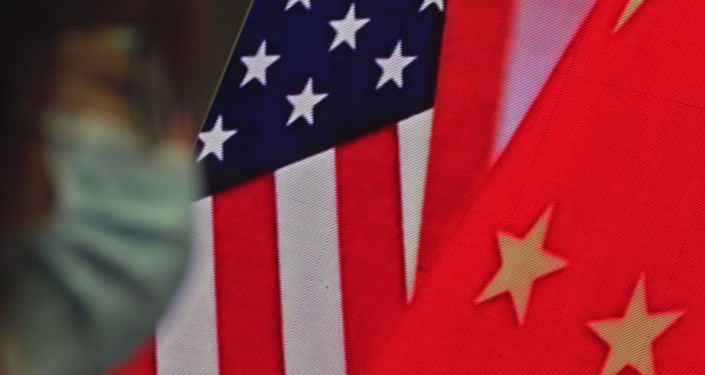 In an interview on December 11, 2018, Trump told Reuters that he would intervene in the case brought forward by the Justice Department against Meng if it would be beneficial to US national interests, including striking a trade deal with China favorable to Washington. At the time, the Trump administration had been engaged in negotiations with Beijing concerning a comprehensive trade deal between the two superpowers, the first phase of which was agreed upon in December 2019.

“With that utterance, Ms. Meng became a bargaining chip – a pawn – in this economic contest between these two superpowers,” Richard Peck told a British Columbia Supreme Court courtroom on Wednesday. “Those words amount to the opening salvo in this trade war.”

Peck emphasized that Trump and members of his administration coopted a plot use Meng and her status in China to advance US interests, saying that the former president’s “abhorrent” comments amount to an abuse of process.

Peck added that Trump might be the first leader of a state requesting extradition to have, not only publicly commented on the legal proceedings, but indicated their intentions and reasons for the request.

Peck also stressed that the ongoing extradition process is part of a concerted US-led effort to “debilitate, if not destroy” Huawei, a sentiment previously expressed by Huawei and Beijing. In his justification, Meng’s legal counsel cited speeches and public comments by top US officials, including former Secretary of State Mike Pompeo and former Attorney General Bill Barr.

Meng, the daughter of Huawei founder and CEO Ren Zhengfei, was arrested on December 1, 2018 at Vancouver International Airport during a layover stop at the request of the US government.

Meng is wanted by US authorities for her alleged role in violating sanctions against Iran. The US Justice Department alleges that Meng committed financial transgressions by misleading multinational financial conglomerate, HSBC, into approving more than $100 million in transactions that contravened US sanctions on Iran from 2010 to 2014.

In May, the Supreme Court of British Columbia dismissed the Huawei executive’s application to end extradition proceedings against her.

The arrest of Meng and two Canadian nationals in China – former diplomat Michael Kovrig and businessman Michael Spavor – brought diplomatic relations to its lowest point in years, which have slightly rebounded amid global efforts to contain the novel coronavirus pandemic. Both Beijing and Ottawa view the detention of their nationals as political incidents.

Israel’s Kingmaker: Why Mansour Abbas And United Arab List Could Hold Key To Power For Netanyahu

‘Futility of Sanctions’: Khamenei Points to Iran’s Way of Confronting US Economic Sanctions