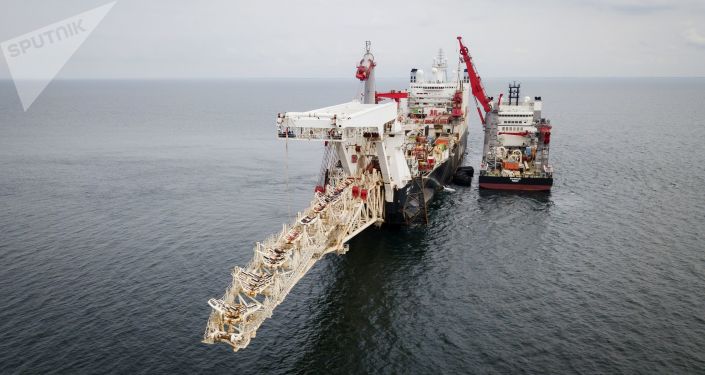 “There is no alternative to Nord Stream II project. If we refuse it we will undermine the economic development of our country, because our energy basket will not allow us to satisfy all the needs of our industries and of our population. And the population must be made aware that we will replace it with the LNG, meaning their utility bills will grow by 20%-30%,”  Herdt said.

The lawmaker added that it was necessary to raise awareness among the population about the obstacles that the project faced to force the country’s leadership to facilitate its implementation.

“I will continue saying it, but if the Nord Steam project is seriously under threat then we must raise campaign in the media, so that the voters make our government (which is unfortunately loyal to another state, not our own state) take decisions, which they were elected for. I’m optimistic; I believe that the Nord Stream project will be completed and that we will continue working. As we say, the dogs bark but the caravan goes on,” Herdt said.

Nord Stream 2 is a joint venture of Russian energy company Gazprom and five European partners, aimed at the construction of a twin pipeline to deliver Russian gas to Germany beneath the Baltic Sea. The project is largely criticized by Washington, which calls it a threat to the energy security of Europe and Ukraine in a bid to promote its own more expensive LNG.

The pipeline has lately become a target of US sanctions, prompting several companies to abandon the construction of the project.