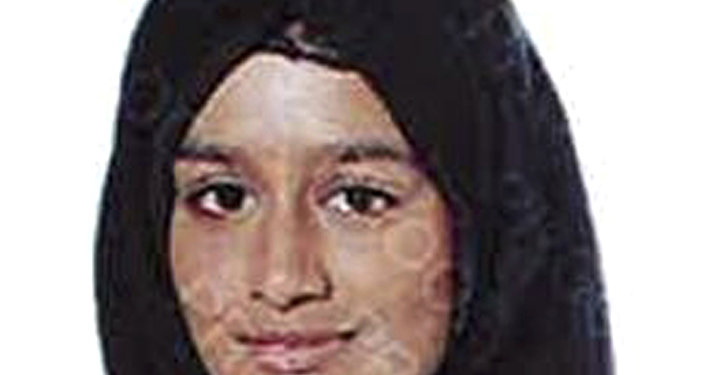 Shamima Begum may launch a legal bid in order to conduct an appeal hearing from Syria as she continues her battle to return to Britain, The Daily Telegraph reported citing unnamed sources. According to the newspaper, the young woman’s legal team will try to make the British government hold a court hearing during which Begum will be present via teleconferencing.

“We think her lawyers will probably try to argue that the government has to provide the facilities in order to enable such a hearing to happen. But the reality is that she is in a camp in northeast Syria which is extremely dangerous and has probably not got great phone reception. How could we facilitate it?”, a source told the newspaper.

According to the source, another way for Begum to win her battle against the government would be to take her case to the European Court of Human Rights.

The development comes two days after Britain’s Supreme Court ruled that her rights were not breached when the government did not allow her to return to participate in an appeal hearing on her citizenship.

Her case has shocked and polarised Britain, with one side saying that she should be allowed to return home because she was a just a kid brainwashed and manipulated by extremists, while the other side says she is a threat to national security because she joined one of the most brutal terrorist groups in modern history and thus should be left in Syria.

In 2015, Shamima Begum and two other British girls left the UK to join Daesh. There she married Dutch-born Islamist Yago Riedijk and the couple had three kids, all of them died. In 2019, The Times found Begum in a camp set up for Daesh relatives in Syria. During an interview with the paper the young woman expressed a desire to return to the United Kingdom with her baby, who was alive at that time. At the same time, she made several controversial statements that caused an uproar in Britain.

Among other things, Begum said she didn’t regret joining the terrorist group.

“It changed me as a person. It has made me stronger, tougher, you know? I married my husband. I wouldn’t have found someone like him back in the UK. I had my kids you know. I did have a good time there”, she told the newspaper.

She also said she wasn’t fazed when she saw her “first severed head”.

The young woman later backtracked on her remarks. She said she made positive statements about life under Daesh in order to protect herself and her baby. Begum said she thought that if she criticised the terrorist group other Daesh members living in a camp would attack her. Begum stressed that she is willing to change and begged the government to forgive her and let her go back home.

Her parents challenged the Home’s Office decision to revoke her citizenship.

Under international law a person can be deprived of citizenship only if he or she has dual citizenship. The Home Office has claimed that since Begum’s parents came from Bangladesh she holds or is eligible for citizenship in this country. Dhaka, however, said Begum doesn’t have a Bangladeshi passport and would not be allowed to enter the country.

The Court of Appeal sided with Begum and said she should be allowed to return to the United Kingdom in order to appear at a court hearing and fight for the return of her citizenship. The government appealed the decision and the Supreme Court backed the Home Office.

“The right to a fair hearing does not trump all other considerations, such as the safety of the public. If a vital public interest makes it impossible for a case to be fairly heard then the courts cannot ordinarily hear it”, said Lord Reed, president of the Supreme Court announcing the verdict.

The Supreme Court’s decision was condemned by human rights groups. The organisation, Liberty, said it sets an “extremely dangerous precedent”.

“The security services have safely managed the returns of hundreds of people from Syria but the government has chosen to target Shamima Begum”, said Rosie Brighouse, a lawyer from Liberty.

Maya Foa, director of the human rights group Reprieve said the United Kingdom was “more than capable” of bringing home Brits who joined Daesh, “many of whom left as teenagers after being trafficked or groomed online”.

“Abandoning them in a legal black hole – in Guantanamo-like conditions – is out of step with British values and the interests of justice and security”, Foa said.

*Daesh (ISIL/ISIS/Islamic State), a terrorist group banned in Russia and a number of other countries.

God Save the Queen