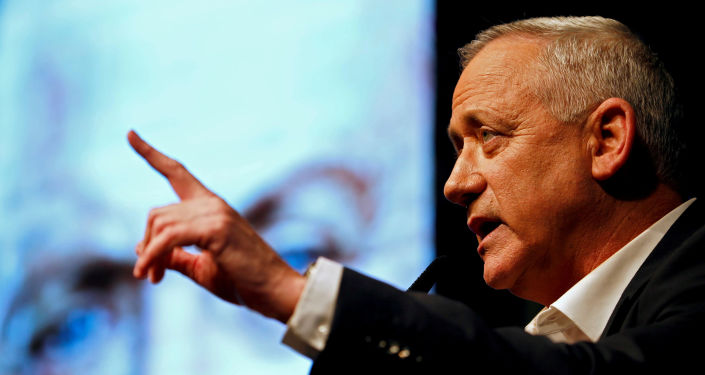 Israeli Defence Minister and Alternate Prime Minister Benny Gantz has secretly met with King Abdullah II of Jordan, the news outlet Ynet reported without indicating the sources of the information. The Israeli media outlet did not specify when the meeting took place, but noted that it was organised in the kingdom. The report didn’t elaborate about what topics were discussed during the alleged meeting between the king and the Israeli defence minister.

The news about Gantz’s alleged meeting with Abdullah II follows reports that both the defence and foreign ministers were kept in the dark by their governing coalition partner, Prime Minister Benjamin Netanyahu, as he secretly negotiated the normalisation of ties with a number of states, namely the UAE, Bahrain, and Morocco.

Gantz previously hinted at having “a continuous and ongoing connection with the Jordanian king” as well as other officials in the kingdom, but did not delve into any details. In a recent address to fellow party members, he alleged that relations between Tel Aviv and Amman could have been better if not for the actions and policies of Netanyahu.

“I think Jordan is a great asset to Israel, and I think that our relationship with Jordan could be 1,000 times better. Unfortunately, Netanyahu is an unwanted figure in Jordan, and his presence harms”, Gantz said.

Relations between Israel and Jordan have been strained of late over the Netanyahu government’s policies towards the Palestinians and the prime minister’s plans to take control over certain parts of the West Bank, which have since been put to a halt. At the same time, the two states continue to cooperate on security matters.

Almost Half of Brits Consider Sussexes’ Interview With Oprah ‘Inappropriate’