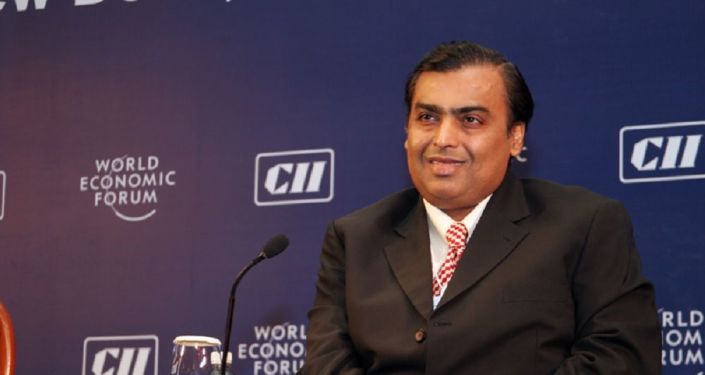 Police in Mumbai, India have increased security outside ‘Antilia’, the home of the country’s richest man, Mukesh Ambani, after a car laden with explosive material was found parked outside, officials said on Friday.

Speaking to Sputnik, a senior Mumbai Police official stated that several teams have been deployed around the area for safety purposes.

“Apart from the personnel deployed outside Antilia, police teams are conducting searches across the city. Eight teams have been formed to investigate the incident,” the officer said.

​Police said there was panic in the area after the abandoned vehicle was spotted by the Ambanis’ security team.

“After getting the information, teams of the Bomb Detection and Disposal Squad and Anti-Terrorism Squad (ATS) reached the spot immediately and found around 20 gelatin sticks, an explosive material, inside the car,” the officer said, adding that they were not assembled as an explosive device.

​He further mentioned that they are trying to ascertain the identity of the owner of the car while investigating officials have found some number plates inside it.

“The number plates inside the vehicle have matched vehicles used in the security detail of Ambani. A letter has also been found, but unfortunately details of the letter can’t be shared at the moment, the officer said, citing security reasons,” he added.

Some CCTV footage obtained from the area shows that the SUV (a Mahindra Scorpio) was parked near Antilia around 1 am local time on Thursday.

As per the footage, two vehicles can be seen stopping near Ambani’s house. The driver of the SUV parked the car and left in the other vehicle.

​”We are trying to trace the routes of the two cars via CCTV across traffic signals, residential apartments, and shops along the routes, besides others. The aim of the exercise is to trace the starting point of the two vehicles and to examine whether the cars are from Mumbai or have been registered in another city,” the officer underlined.

Police have registered a case under sections 286 (negligent conduct with respect to explosive substance), 465 (punishment for forgery), 473 (making or possessing counterfeit seal), 506(2) (criminal intimidation, if threat be to cause death or grievous hurt), and 120(B) (criminal conspiracy) of the Indian Penal Code.

Section four of the Explosive Substances Act, 1908, (punishment for attempting to cause an explosion, or for making or keeping explosives with intent to endanger life or property) has also been included in the first information report.