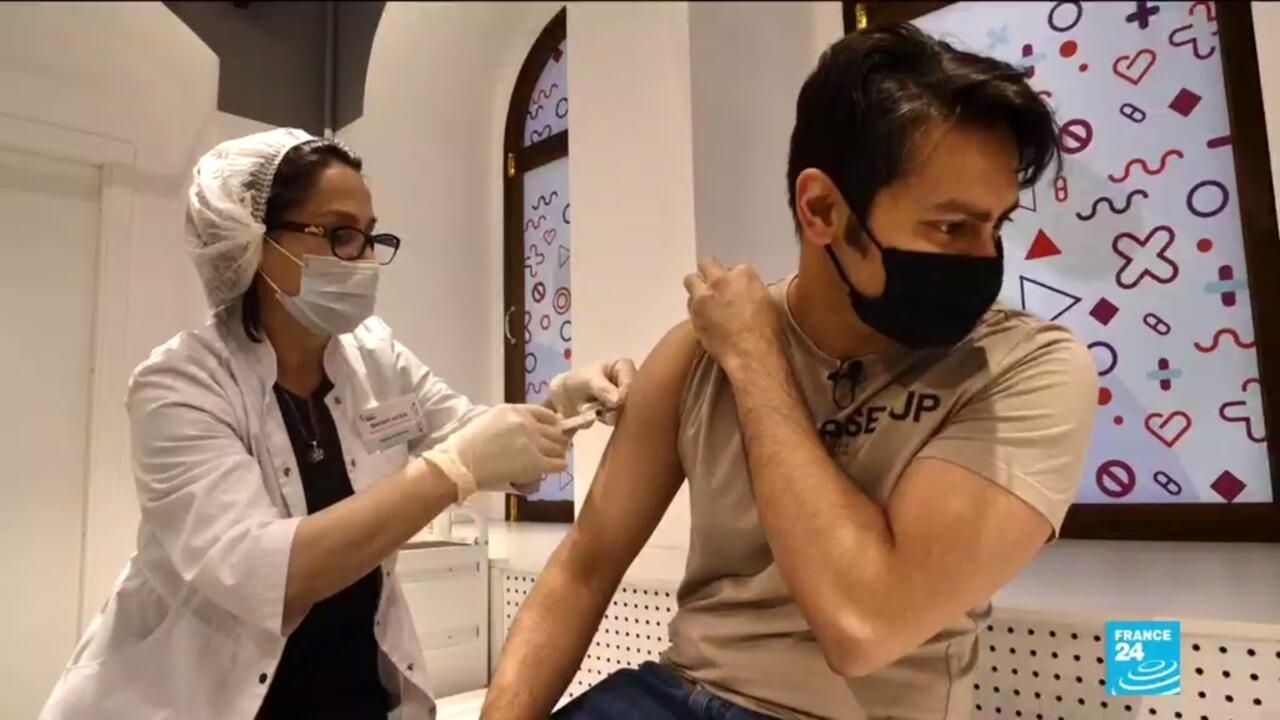 Thirty-seven countries are now set to receive Russia’s Sputnik V vaccine for Covid-19, and Russian authorities have applied to the European Medicines Agency for its authorisation in the EU. But some Russians living abroad and international students in Moscow are opting to get the jab at the source. FRANCE 24’s team reports.

Azeem Samdanee studies at Moscow’s Higher School of Economics. Originally from Bangladesh, he just got his second dose of the Sputnik V vaccine.

“It was the first Covid vaccine in the world and I think it’s very good,” he told FRANCE 24.

But it’s not easy for foreigners to enter the country, as Russia’s borders are still partially closed. Most of those coming to Moscow for the jab are Russian.

“In Germany the vaccination process will take a year or more. Here, I didn’t even have my Russian passport with me, and I got vaccinated in 5 minutes,” Alina Drobyshevskaya, who had returned to Russia from Germany, told FRANCE 24. She said she hoped the German authorities would accept her Russian vaccination certificate.

Only Russians officially have the right to get the Sputnik V in Russia, but the rule is not enforced. Russian President Vladimir Putin is hoping the vaccine will soon also conquer the European market.

Click on the player to watch the full report.