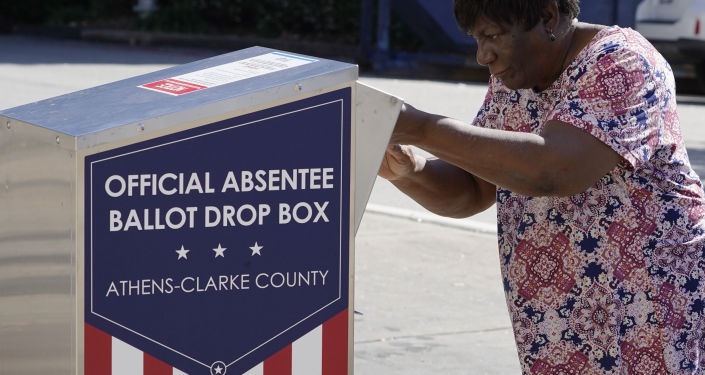 R Street Institute, A Washington DC-based conservative think tank, conducted a poll, showing that 67 percent of Republicans who participated in the survey consider the last White House bid as invalid, while only 23 percent of respondents agreed that the outcome was legitimate.

“There were significant regional disparities in vote method: western regions saw heavy use of vote by mail, while in-person voting was more prominent east of the Rockies,” the document reads.

The survey offered that only 67 percent of voters in the Pacific region, including states California, Oregon, Washington Nevada, Hawaii, and Alaska were content with the way their ballots were cast.

“92 percent of participants believe alternative methods such as vote by mail and voter drop boxes opened the 2020 election to increased error, mismanagement, or fraud,” the poll depicts.

The poll was aimed to determine which public official is the most trusted to conduct election reform. 76 percent expressed their preference for Trump, 54 percent for Sean Hannity and 50, 45 and 4 percent of people who answered said they would trust Marco Rubio, Nikki Haley and Mitch McConnell, respectively, to reform the election process.

© AP Photo / Shakh Aivazov
A man wearing a face mask to help curb the spread of the coronavirus, casts his ballot at a polling station during the parliamentary elections in Tbilisi, Georgia, Saturday, Oct. 31, 2020. The hotly contested election between the Georgian Dream party, created by billionaire Bidzina Ivanishvili who made his fortune in Russia and has held a strong majority in parliament for eight years, and an alliance around the country’s ex-President Mikheil Saakashvili, who is in self-imposed exile in Ukraine.

The conservative survey suggested that Trump’s rhetoric “seems to have had a profound impact on his base’s outlook on the election,” because many survey participants “opposed alternative voting methods” claiming that they are not reliable and open to fraud.

“Despite parroting those claims, these same voters were satisfied with how they cast their own ballot. It’s a fascinating look into how impressionable the average voter is: Republicans across the country have been convinced that election fraud happened somewhere, just not in their state,” the paper reads.

Democratic candidate Joe Biden won 81.3 million votes (51.3 percent) while his competitor won 74.2 million votes (46.8 percent). Trump has refused to concede, claiming that the election outcome was rigged with violations and “massive election fraud” as voting rules in many states were adjusted to the pandemic, allowing people to vote from home and through the mail.

Biden and Putin Talk About Cyber Hacks and Syria