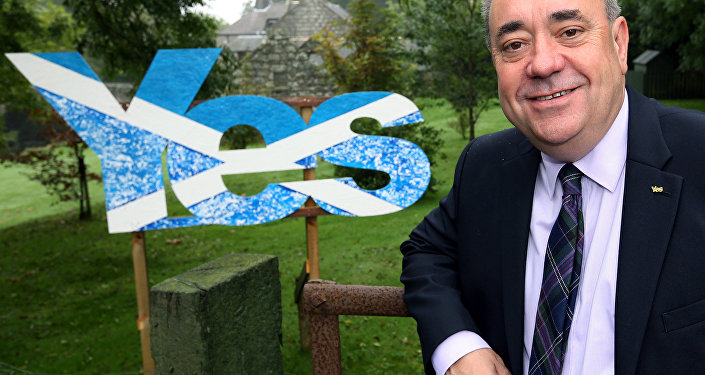 Scotland’s former first minister, Alex Salmond, has made a thinly veiled attack on his successor, Nicola Sturgeon, during a hearing at the Scottish Parliament in Edinburgh.

Making an opening statement to the Committee on the Scottish Government Handling of Harassment Complaints, Salmond disputed claims that Scotland was a “failed state” and said: “Scotland hasn’t failed. Its leadership has failed.”

He said: “It was the government who were found to have acted unlawfully, unfairly and tainted by apparent bias.”

Salmond – who was acquitted of 13 sex charges including one attempted rape at a trial in March 2020 – has claimed there is a “malicious and concerted” conspiracy to remove him from public life.

On Friday, 26 February, Salmond said he was astonished when he saw Scotland’s First Minister, Nicola Sturgeon, “using a COVID news conference to question the verdict of a jury.”

The #SNP framed #AlexSalmond and tried to put him in prison for the rest of his life. As I’ve been telling you from day one. Just think about that…

​​Salmond, 66, was leader of the SNP for a decade from 2004 and was Scotland’s First Minister from 2007 until 2014 when he handed over to Ms Sturgeon after voters rejected independence in a referendum that year.

Making an opening statement to the Committee on the Scottish Government Handling of Harassment Complaints, Salmond disputed claims that Scotland was a “failed state” and said: “Scotland hasn’t failed. Its leadership has failed.”

I wish it hadn’t come down to this & turned into Alex Salmond v Nicola Sturgeon. Independence is the goal. Look at the bigger picture.

Salmond has accused Sturgeon of breaking the rules after sexual allegations were made against him and even claimed she had misled the Scottish Parliament, an allegation which if proved could potentially lead to her resignation.

​On Monday, 22 February, he submitted a lengthy document to the Committee on the Scottish Government Handling of Harassment Complaints claiming he had been the victim of a smear campaign.

He claimed Sturgeon’s husband, SNP chief executive Peter Murrell, had recruited senior figures in the party to persuade members of staff to make complaints about him to Police Scotland.

​In the document he claimed there had been “a deliberate, prolonged, malicious and concerted effort amongst a range of individuals within the Scottish Government and SNP to damage my reputation, even to the extent of having me imprisoned.”

Sturgeon claims there is “not a shred of evidence” to support his “wild…conspiracy theories.”

On Friday, 26 February, Salmond criticised the “unacceptable conduct of those who appear to have no understanding of the importance of separation of party, government and prosecution authorities, indeed of the rule of law itself.”

He accused the Scottish government of lacking the “transparency and accountability” which was expected of it when devolution was granted in 1999.

Salmond also said the Committee on the Scottish Government Handling of Harassment Complaints had found “blindfolded and with its hands tied behind its back.”

He said the Scottish government had spent £600,000 of public money defending their “illegal policy” in the courts and he said they had refused to give the committee the documentation it required.

Salmond said there had been a “calculated and deliberate suppression” of key evidence.

This is about the institutions of Scottish democracy. The separation of power between the Crown Office, the First Minister & the Civil Service is now indistinguishable.

How can public have confidence in the integrity of government?

As Salmond faced hostile questioning from Liberal Democrat MSP Alex Cole-Hamilton, the committee’s convener, Linda Fabiani, reminded him they were there to investigate the actions of the Scottish government, not Salmond.

Sturgeon has been urging British Prime Minister Boris Johnson to grant a second referendum, claiming the issue of Brexit had fundamentally changed the equation. But he has refused, saying the 2014 referendum was always supposed to be “once-in-a-generation” vote.