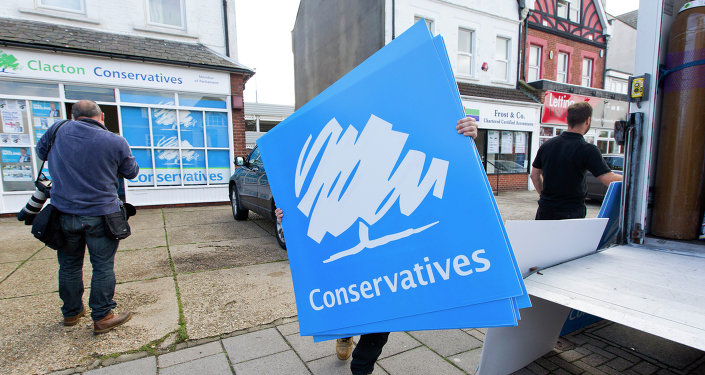 He drew attention to the two million deaths from the pandemic globally but in particular the acute differences in death tolls according to political choices, with the UK boasting the lamentable record for the highest death toll in Europe and the fifth highest death toll in the world, a fact confirmed consistently in grim statistics.

In effect, a medical professional called out the Boris Johnson government for a multitude of errors which have led to tens of thousands unnecessary deaths and avoidable anguish and emotional pain for hundreds of thousands. Sheer recklessness has been the hallmark of the Tories from day one of the pandemic. The death toll that surpassed the ignoble 100,000 mark last month and is now shamefully over 120,000 is the tragic result of reckless, irresponsible and incompetent Tory actions.

Professor Abassi employed the term “social murder” used by philosopher Friedrich Engels in the 19th century to describe the deadly living conditions of the working classes:

“More broadly, we observe that Boris Johnson’s government has presided over a lamentable political and moral failure. The systemic indifference and collective incompetence of ministers, and the evasions and half-truths at regular press briefings, have been legitimated by the pseudo-scientific gloss of many experts and allowed to pass relatively unchallenged by media seemingly committed to working towards some mythical “national interest”. Whatever public inquiries or legal actions follow, many of the 100,000-plus deaths so far officially recorded in the UK condemn the government to being guilty of what Friedrich Engels called “social murder” – forcing sections of the population to live in conditions which have inevitably led to avoidable, premature deaths, and will continue to do so”.

Tories Escape Scrutiny Due to Docile and Duplicitous Media

The Tories are guilty of ‘social murder’ and no amount of media manipulation and coordinated spin operations paid for by taxpayers’ money will hide that fact. The Johnson gang are criminally negligent for the avoidable Covid19 deaths that have occurred during their watch, but they are also literal criminals. Lawbreakers who should be exposed for their crimes and made to pay. But not if you have the most corrupt, docile, and slavish mainstream media money can buy.

Matt Hancock, the Tory Minister for Health who had awarded opaque contracts to friends and Tory donors, was found guilty of breaking the law in court on 18th February in a judgement which should have resulted in his sacking and public humiliation prior to criminal prosecution but the cowardly and cosy mainstream media all but ignored the scandal.

A Tory Minister has been found guilty of breaking the law in relation to transparency and accountability in the awarding of billions of pounds worth of contracts during the Covid19 pandemic. There were no proper notifications, tendering processes, or even contract award notices and the news outlets have hardly uttered a word of condemnation and there has certainly been no serious questioning of his fitness for office. I can’t stand arrogant and narcissistic Piers Morgan but at least he tried to call Hancock out and challenge him to resign yesterday only to be ignored, stonewalled and treated to typical sophistry about how wonderful “his team” has been performing – so how dare anyone ask about why contracts were dished out to mates without proper accountability or details.

This is the guy and team who awarded a £272 million contract to P14 Medical Ltd when the company was technically bust with negative assets of £485,000. But the Director is Steve Dechan, a former Tory councillor and friend of senior Tories so there is nothing to see there.

The guy and team who awarded a £253 million contract to Ayanda Capital in a deal brokered by Andrew Mills, adviser to Secretary of State for International Trade Liz Truss that delivered £155 million worth of face masks that were deemed unusable. Nothing to see there.

The guy and team who awarded a £203 million contract to MEDPRO UK set up by Tory Lady Michelle Mone’s friend Anthony Page a mere 7 WEEKS before the contract was awarded without any tendering process and despite the fact the new company had absolutely no experience in provision of PPE equipment. Nothing to see there.

If you want to understand just how rotten to the core and corrupt the UK is and why Mr Hancock and his ‘team’ should be in the dock – not applauded – take the two minutes and seven seconds required to watch the stunning expose of Tory cronyism and criminality which has been constructed by the team at Phantom Power which documents the screed of dodgy contracts awarded in 2020 and shames the laziness and puny priorities of the mainstream media.

Judge Chamberlain found Matt Hancock guilty of acting illegally in the awarding of scores of government contracts. He said in court:

“The Secretary of State acted unlawfully by failing to comply with the Transparency Policy” …  “there is now no dispute that, in a substantial number of cases, the Secretary of State breached his legal obligation to publish Contract Award Notices within 30 days of the award of contracts.” “The Secretary of State spent vast quantities of public money on pandemic-related procurements during 2020. The public were entitled to see who this money was going to, what it was being spent on and how the relevant contracts were awarded”.

Establishment Lackey Starmer as Useful as a Chocolate Teapot

The case was brought by the not-for-profit organisation the Good Law Project and without them the Banana Republic tag the UK increasingly deserves would be complete as the official opposition in the shape of Sir Keir ‘Establishment Lackey’ Starmer is as useful as a chocolate teapot. Faced with the open goal created by the work of the Good Law Project in conjunction with other opposition MPs slavish Starmer didn’t even call for Hancock’s resignation in Parliament and should be embarrassed by his mild-mannered meekness in the face of rampant corruption and the further privatisation of the NHS.

Remember the Covid19 Track, Trace and Testing contracts that were awarded to the Tory linked Randox (£479 million) and SERCO (£214 million) which should have been allocated to local NHS health teams instead. The privatised Track and Trace system has been an expensive disaster whereas the NHS run vaccination programme has been an unmitigated success. Starmer missed an open goal but at least Jeremy Corbyn didn’t miss when he got the opportunity to speak a couple of days ago and demanded Hancock be sacked and the privatisation of the NHS halted.

The Good Law Project are not finished in their quest to hold the Tory government to account and expose their illegal actions. Another case will call in May to demand the Tories explain other distinctly dodgy contracts. They will judicially review the government decisions to award the huge PPE contracts, without advertisement or competition, to Pestfix (a pest control company), Ayanda (an opaque private fund owned through a tax haven), and Clandeboye (a confectionery wholesaler). Ayanda are the ones who supplied the unusable masks worth £155 million so this case will be interesting to say the least. If you can afford to please support the Good Law Project to ensure they are able to continue their excellent work.

I believe the Tories are guilty of ‘social murder’ in connection with Covid19 and the High Court of London has now found them guilty of criminality, illegal activity, in the awarding of contracts to their Tory donors and friends. The sooner Scotland departs this decomposing and putrid British Union the better. Scottish independence cannot come soon enough.

Russian Ambassador Antonov Heading to US in ‘Optimistic Mood’, Says Lots of Work Ahead