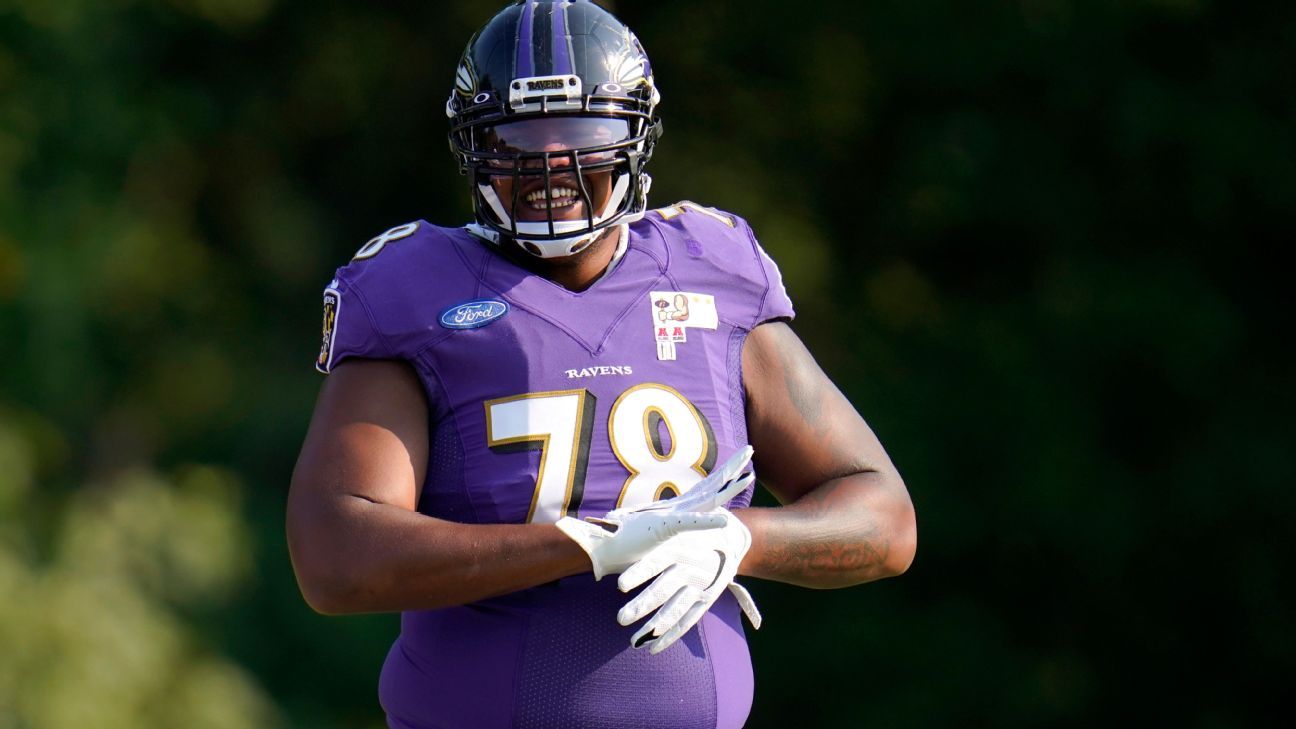 The Ravens are aware of those plans, the source said, as they value the three-year starter and Pro Bowler but are open to discussions about his future.

Baltimore drafted Brown in 2018 to play right tackle opposite left tackle Ronnie Stanley, who was signed to a five-year, $98.75 million extension in October. When Stanley suffered a fractured and dislocated ankle in Week 8 of last season, Brown acquitted himself well at left tackle over the final 10 regular season games plus playoffs, posting a solid 76.4 Pro Football Focus grade on his way to a second consecutive Pro Bowl.

Brown made clear his feelings in late September with a simple tweet: “I’m a LEFT tackle.”

The Ravens are known to be aggressive on the trade market, acquiring defensive linemen Calais Campbell and Yannick Ngakoue via deals with the Jacksonville Jaguars and Minnesota Vikings over the last year.

Harden upgraded from out to doubtful vs. Bucks