Video: GOP Leaders Clash Over Whether Trump Should Speak at Conservative Conference 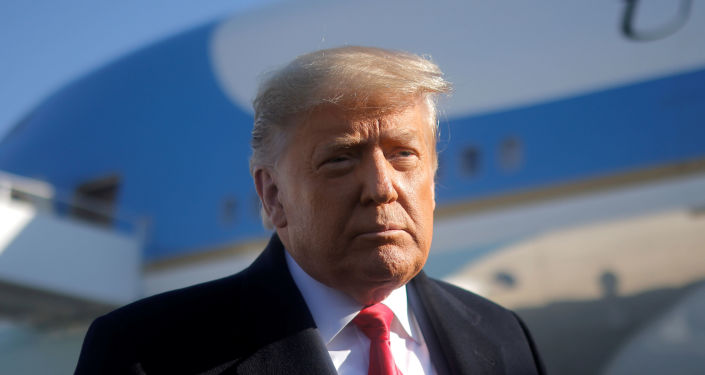 During the news conference, McCarthy, who was a vocal Trump ally during the former president’s administration, told reporters, “Yes, he should,” when asked whether Trump should speak at the CPAC. Trump is expected to deliver remarks during the conference that will be held in Orlando, Florida.

However, Cheney, who voted in favor of Trump’s impeachment in January over his role in inciting the Capitol riots, noted that while the decision isn’t up to her, she doesn’t believe Trump should make any remarks.

​”That’s up to CPAC. I’ve been clear on my views about President Trump,” Cheney said. “I don’t believe that he should be playing a role in the future of the party or the country.”

After Cheney’s comments, McCarthy abruptly concluded the conference by stating: “On that high note, thank you very much.”

Cheney was censured by the Wyoming Republican Party following her impeachment vote. Even though she was asked to resign from the state party, she won a vote of confidence to remain chairwoman of the Hosue Republican Conference.

The latest clash between the two Republican leaders comes just a day after Senator Rick Scott wrote a letter, obtained by Fox News, that stated the “Republican civil war is canceled.”

“The long-running impeachment show is now over,” he wrote. “This political theater should have been held at the other end of Washington in the Kennedy Center instead of the US Capitol. It was an unserious circus. It’s over. Now it’s time to look ahead.”

Russia Does Not Want to See US Troops in Central Asia, Foreign Minister Says

Waiting For Ever (Given): Which Ships Have Been Held Up By The Suez Canal Blockage And Delays?