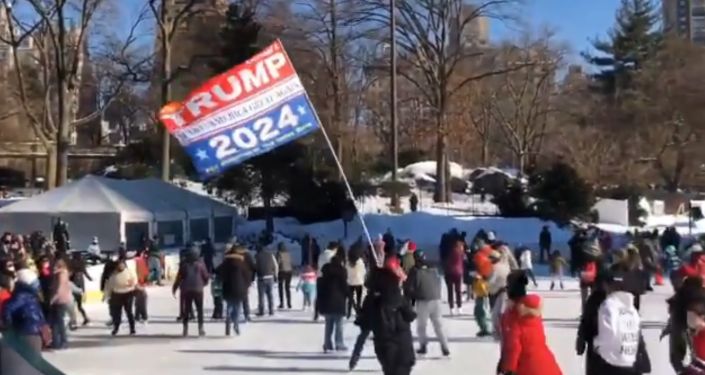 According to the video, the crowd of ice skaters booed the man as he was skating holding the flag.

Other skaters cheered as the Trump supporter was taken down by officials.

However, the city overturned his decision.

‘Great Britain Used to Be a Free Nation. This Government Has Changed That’, Analyst Says