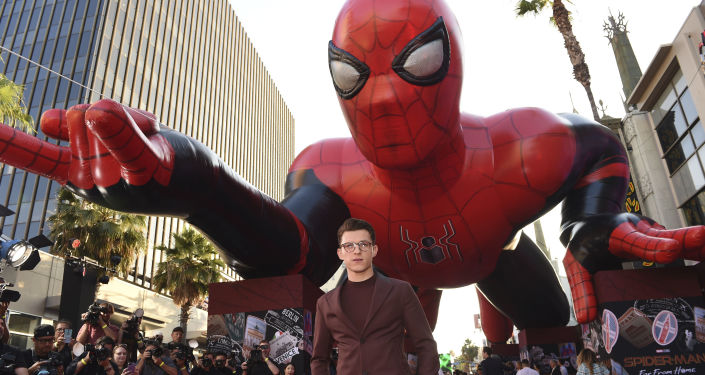 On Tuesday evening, primary cast members of Marvel’s Spider-Man movie franchise – Tom Holland, Zendaya and Jacob Batalon – took to social media to “reveal” the title of the new upcoming film in the highly-successful franchise. The only trouble was that each of them “revealed” a different one: Holland posted the title “Phone Home”, Zendaya’s was “Home Slice” and Batalon went with “Home-Wrecker”.

The “big reveal” caused a storm on social media, with fans confused over whether at least one of the titles is correct and what is even happening, while many immediately sparked theories that the different titles point at an unfolding “multiverse” scenario.

Holland, Zendaya and Batalon appeared to engage in conversations with each other over the different titles, implying that they are “confused” and do not know “what is happening” just like the baffled fans.

The latter, however, unleashed their diverse emotions in Twitter threads, propelling “Spider-Man” to world trends, making memes and hissing at the cast for playing with their feelings.

​Members of Marvel’s fandom, a vast majority of which have not recovered from the ongoing TV show “Wandavision”, immediately rolled out their own versions of the new Spider-Man title.

​Some presented their own version of how the three “titles” may refer to a possible multiverse scenario in the third movie.

​While it is unclear whether Andrew Garfield and Tobey Maguire, who previously portrayed Spider-Man, will join the incoming movie, the buzz around the third film (whatever its title may now be) is now successfully hyped, as the highly-anticipated ‘trequel’ will hit cinemas on 17 December, 2021.