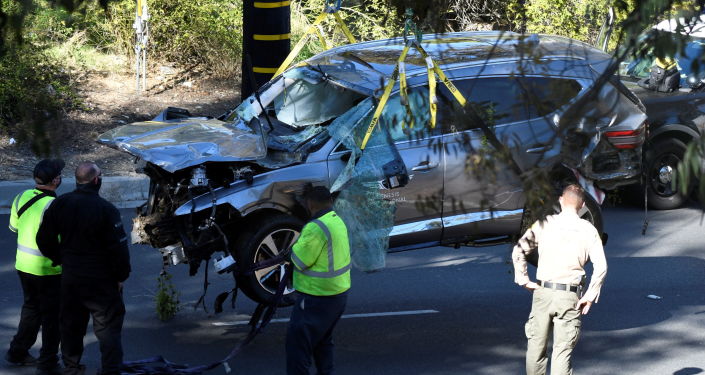 In a Wednesday statement, Los Angeles County Sheriff Alex Villanueva said that investigators won’t pursue any reckless driving charges against Woods, because the crash was an accident.

“A reckless driving charge has a lot of elements into it, this is purely an accident,” Los Angeles County Sheriff Alex Villanueva told reporters Wednesday, also noting that the most Woods could face is a low-level offense, also known as an infraction, if the investigation determines that Woods was speeding or not paying attention while driving.

Villanueva also noted that Woods “was not drunk”.

“But that’s an infraction and a reckless driving is actually more than an infraction. That’s a misdemeanor crime that has a lot of elements attached to it and there’s nothing, nothing like that,” Villanueva added.

The sheriff also noted that the 2021 Genesis GV80 SUV Woods was driving included an in-vehicle data recorder that might provide clues on the cause of the incident.

“We’re hoping obviously there’s going to be… this black box and we’ll have some information about the speed. It will may be a factor in this accident,” Villanueva explained.

Woods, 45, was driving alone on a windy portion of a two-lane windy road on Tuesday in a Los Angeles suburb when his vehicle crossed on the wrong side of the road before veering into a hillside.

Authorities were notified about the incident after a neighbor called 911. Woods was conscious when authorities arrived at the scene of the crash.

​In a Tuesday statement shared on Woods’ Twitter account, the champion golfer was revealed to be “awake, responsive and recovering” after undergoing major leg surgery at a Los Angeles medical center.

Meghan Should Shut Up