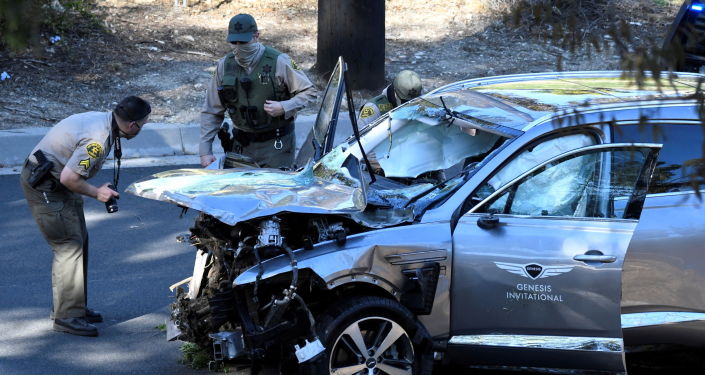 Star Golfer Tiger Woods almost smashed into a television director’s car as he started a drive that resulted in his near-fatal crash in California earlier this week, TMZ reported.

One of the directors of the sitcom “Grown-ish” was so shocked after his near-miss that he told his crew about it before news of Woods’ crash broke.

“I almost got in an accident with f—ing Tiger Woods – he almost hit me,” the director told them, crew member Oliver Konteh said, as quoted by TMZ.

The director told them that Woods appeared “agitated and impatient” when he “took off fast” from the Terreana resort where the TV show was filming that day, Konteh reportedly added.

On the day when the crash occurred, Woods was on his way to a Los Angeles golf course, to film for GolfTV. He had arrived in California earlier to host the PGA Genesis Invitational tournament, with Genesis giving him the GV80 SUV to drive for a week.

The golfer was hospitalised after what road police described as a “roll-over traffic collision”. Woods had multiple open fractures to his lower right leg and Anish Mahajan, chief medical officer at the Harbor-UCLA Medical Center said he remains recovering.

Second Contract for Russia’s S-400 Delivery to Turkey to Be Signed in 2021, Arms Exporter Confirms