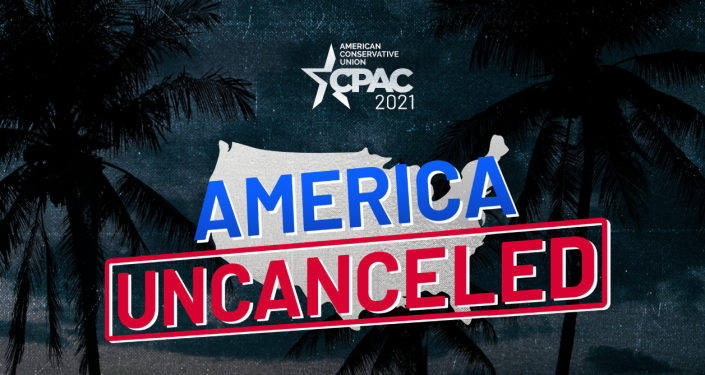 On Wednesday, Twitter began labeling the link to the website of the upcoming Conservative Political Action Conference (CPAC) conference as potentially “unsafe” or “spammy”, raising the eyebrows of some netizens.

Labels began to appear a day before the conference is set to kick off, according to many users who noticed the warning when they accessed the website for the event.

The CPAC conference, promoted as “the largest and most influential gathering of conservatives in the world”, is expected to feature prominent right-wing figures, including the former US president, Donald Trump, and ex-Secretary of State Mike Pompeo and others.

The move to label the link caused scepticism and outrage among some who wondered what is seen by the platform as “unsafe”, and slammed Twitter for “censorship” and “increasingly aggressive political bias”.

Twitter is now flagging the official @CPAC website as “spammy or unsafe” a day before the conference is scheduled to begin in FL.

​Some netizens suggested their own options for “unsafe” content-makers.

🚨🚨🚨IN THE LATEST EPISODE OF: Twitter is politically biased

We have this lovely platform labeling CPAC’s official website as UNSAFE pic.twitter.com/KoBkutsCki

​This is not the first time that Twitter has been accused of silencing conservative voices on its platform, as several right-wing figures, including Trump, faced labeling and flagging of their posts. Trump has been permanently banned from the platform after accusations that he encouraged the deadly 6 January Capitol insurrection in which five people were killed, including a police officer who was beaten to death by Trump supporters.

The agenda of the CPAC conference, scheduled to begin on 25 February in Maryland, will reportedly include discussions of freedom of speech, cancel culture, election integrity and other issues. Trump is expected to deliver his commentary on Sunday, as the conference headliner.