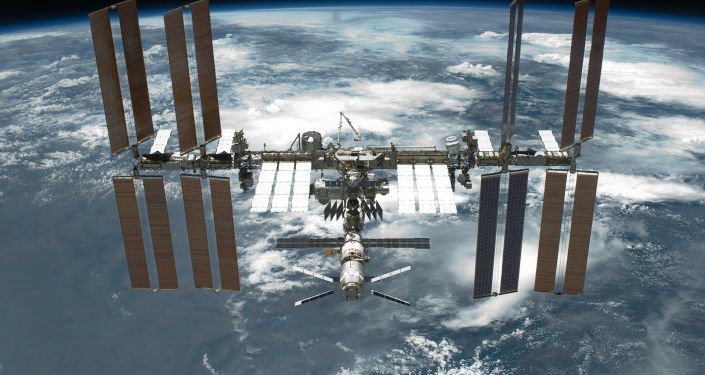 Dmitry Belkin, a senior press officer at the Russian state space agency Roscosmos, said the crew identified several potential sources of the leak in the Zvezda service module on Tuesday.

“The crew temporarily isolated potential sources of the leak. We will know the results once they run an additional check to see if the transfer chamber is now hermetic,” Belkin told the Rossiya 24 channel.

The ISS began leaking air in September 2019. The Russian crew sealed a 1.8 inch jagged tear in the Zvezda module in October 2020, but expedition commander Vladimir Solovyov said in January that the orbital outpost was still leaking tiny amounts of air.

Cosmonaut Sergei Ryzhikov tried to identify the hole on Wednesday by covering an area near the thermal control system with a film but abandoned the attempt because of the presence of sealant. He said he was looking for the elusive hole with a microscope.

US President Biden Delivers Remarks on End of Afghanistan War