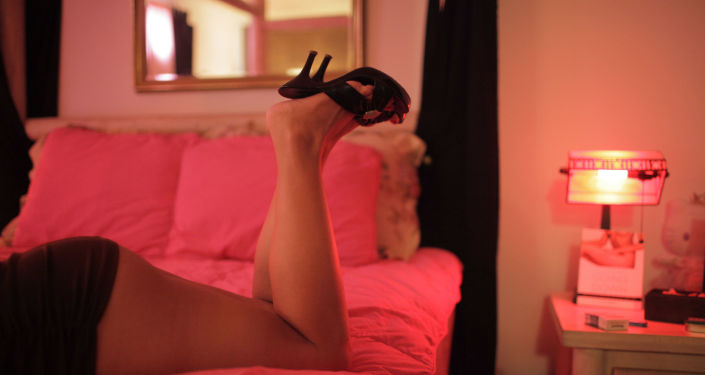 Prostitution in Sweden has increased during the coronavirus pandemic due to the fact that more sex workers have come to the country, according to the police.

According to Jana De Geer of the Stockholm police, the pandemic drew “previously unfamiliar faces” into the business of prostitution, national broadcaster SVT reported.

One of the reasons behind the increase is a series of lockdowns and pandemic measures across Europe, as more sex workers chose Sweden, which largely continued in a business-as-usual mode, as their destination.

“When the pandemic hit Europe, Sweden was one of the few countries that kept the borders open and introduced no lockdowns. This is why were able to find people in prostitution who had not previously been to Sweden,” Jana De Geer, acting chief in the police’s human trafficking section, explained to SVT.

However, the pandemic also saw a rise in homegrown parts of the market, attracting newcomers.

“We have received indications that even people who were born and raised here saw that prostitution could be a way to get a livelihood, when job opportunities disappeared with the pandemic, so there are several reasons why the pandemic has contributed to increased vulnerability,” De Geer told SVT.

According to police investigator Linnea Horgby, there is a large “knowledge gap” within the police when addressing this type of problem, which leads to a huge number of cases going below the radar. To address this, the Stockholm police performed “Operation Cod” in 2020, which involved raids to stop sex trafficking.

In 2020, a total of 117 sex purchases were prosecuted under Operation Cod, running in the capital area. In connection with several raids, more serious crimes were discovered, including pimping.

Still, according to Caroline Westlund, the head of the human trafficking section at the Stockholm police, the authorities are barely scratching the surface.

Sweden’s present-day laws on prostitution make it illegal to buy sex, but not to sell it. The criminalisation of the purchase, but not the selling of sex was a unique concept when first introduced in 1999. Since then, however, the Nordic model has been adopted by numerous other nations, including Canada and Ireland.

Sweden’s commitment to punishing the buyer has resulted in the push to replace the current system of fines with jail sentences. Jana De Geer, who previously advocated seeing sex buyers as rapists and prostitutes as victims of rapes, emphasised the importance of prosecuting in particular men who seek to procure sexual services and offer help and support to sex workers.