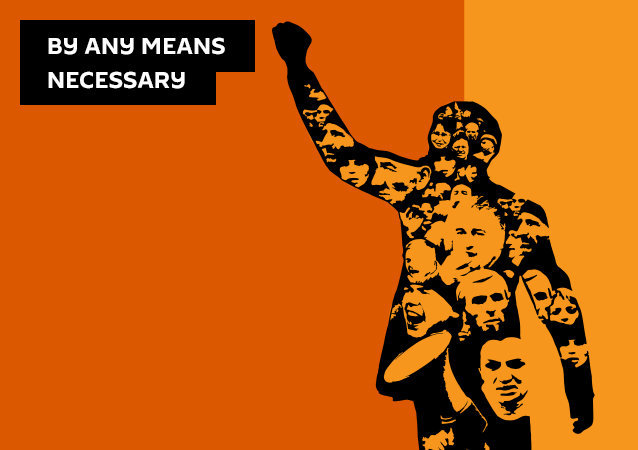 In this episode of By Any Means Necessary, hosts Sean Blackmon and Jacquie Luqman are joined by Albert Saint Jean, grassroots organizer, freelance writer, contributor to HL, to discuss US President Joe Biden’s backtrack on his 100-day deportation moratorium promise, why many organizers view anything short of the complete abolition of ICE as a step backwards, and why anti-Blackness and anti-immigrant sentiment leave Haitian migrants particularly vulnerable.

In the second segment, Sean and Jacquie are joined by Kairi Al-Amin, the son and lawyer of Imam Jamil Al-Amin (formerly known as H. Rap Brown), to discuss the latest in the struggle to free his father from imprisonment, how the state’s mistreatment of his father is exacerbating chronic health issues, and the relationship between the long-term persecution of Al-Amin and the US government’s COINTELPRO program.

In the third segment, Sean and Jacquie are joined by Chris Garaffa, editor of TechForThePeople.org, to discuss the dragnet-style information collection operation conducted by the FBI in the aftermath of the would-be coup at the Capitol, the software bug that whistleblowers insist is keeping hundreds of people in Arizona imprisoned well after their release date, and the latest high-profile Google employee to allege they were fired for speaking out about the company’s unethical practices.

Later in the show, Sean and Jacquie are joined by Chuck Modiano, justice journalist and sportswriter for Deadspin, to discuss why he sees claims by Capitol police that they didn’t know Donald Trump’s supporters would assault the Capitol as “absurd,” why the previous invasions of DC by pro-Trump forces seem like “dress rehearsals” for the January 6th insurrection, and the role of supposedly-progressive figures like DC Mayor Muriel Bowser in suppressing resistance to the status quo.

What Happened to Shamima Begum’s Friends Who Fled UK to Join Daesh?