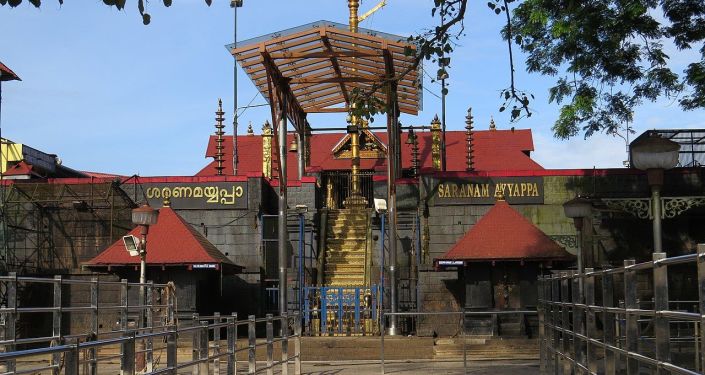 Months ahead of state legislature polls in the Indian state of Kerala, the CPI-M led Left Democratic Front (LDF) alliance government announced its decision to withdraw cases against thousands of people who participated in the Sabarimala protest held in December 2018.

Over 50,000 people were booked in connection with the 2018 agitation after the Supreme Court revoked the ban — allowing women inside the temple — in September that year, which prompted outrage among the ardent devotees.

Many citizens and Hindu organisations argued that the court ruling is an attack on Hindu values.

The State’s opposition has also been demanding the withdrawal of the cases for the last 10 days.

Earlier, the Kerala state government had said that they could not withdraw the cases, as the matter was pending before the Supreme Court.

Moreover, the Kerala state chief has also announced that about one million cases filed in connection with violation of the coronavirus induced lockdown and lawsuits against the Citizenship Amendment Act (CAA) will also be withdrawn.

Kerala had witnessed a huge anti-CAA protest in 2019 and early 2020, demanding that the controversial law be scrapped. Thousands of people in the state had taken to the streets and protested against CAA that allows non-Muslim migrants from Pakistan, Afghanistan, and Bangladesh to apply for Indian citizenship but not their Muslim counterparts.

‘They Asked Me to Shut Up’: Juncker Claims Cameron Told Him Not to Interfere in UK’s Brexit Debate