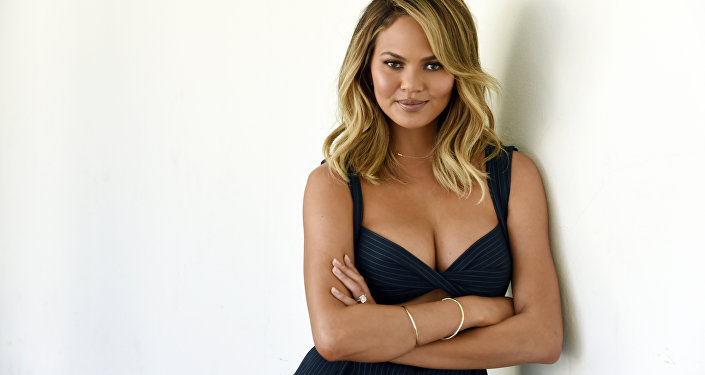 The official Twitter account of the US president, now Joe Biden, unfollowed American model Chrissy Teigen on Twitter on Tuesday – a move that was followed by the model celebrating being “FREE!!!!!!!!!!!!”, allegedly from Biden’s oversight of her account.

Teigen, whose Twitter tirades are known to occasionally be risque, did not appear to last even a month, tweeting on Tuesday a request for POTUS to unsubscribe, after Biden, following her appeal, followed her on 21 January.

“I have tweeted a handful of times since my treasured @POTUS following. In order for me to flourish as me, I must ask you to please lord unfollow me. I love you!!! It’s not you it’s me!!!!”, she begged.

I have tweeted a handful of times since my treasured @POTUS following. In order for me to flourish as me, I must ask you to please lord unfollow me. I love you!!! It’s not you it’s me!!!!

After the POTUS account unfollowed her, Teigen tweeted again, spewing several swear words – something that users saw as a celebration of the president’s account no longer monitoring what she tweets.

Ironically, shortly after Biden fulfilled her request to follow her, Teigen tweeted: “A miracle if my potus follow lasts the full four years”, as she became the one who made that impossible.

The Twitter drama began on Inauguration Day, when the model, who had been blocked by Trump since 2017 for her pointed criticism of him, took to Twitter to ask the newly-sworn-in president to follow her.

​Despite saying that her request was a “dumb joke because I am a loser lol”, Teigen reacted with delight when she learned that her wish had been granted.

“I should prob never tweet again”, she joked on 21 January, nonetheless continuing to roll out her characteristic Twitter rants.

Trump blocked Teigen after she repeatedly lashed out at him. Once, the model called him “p**** a** b****”, with the former president returning the “pleasantry”, slamming her as John Legend’s “filthy mouthed wife” in 2019.